This is an open letter to all of the Americans who tell others abroad that they are Canadian.

I’m a Canadian and I’m asking you to stop.

I am flattered that you choose to claim that you are Canadian and see us as our stereotype claims us to be, nice, apologizing people from the North. We are nice, we do say sorry a lot, and we are obviously from the North. But still, just stop pretending to be Canadian.

I’m sorry that others abroad are quick to judge you while you’re traveling. I know the feeling as I am often mistaken as an American, which is an easy mistake to make, and see how people react when I tell them I’m Canadian instead.

I’m sorry that other Americans have carved a path for you on the beaten tourist track that makes others think Americans are rude, or disrespectful, or whatever other negative things they think.

I’m sorry that stereotypes are a thing and that the American stereotype is an obnoxious traveler.

I’m sorry that you aren’t the stereotypical American but some Americans are and so others continue to judge and continue to fit you into the same category.

I’m sorry that others are so quick to judge, so quick to be rude, and so wrong to think that all Americans are the same.

I’m asking you to stop telling others that you are Canadian because if you don’t then the idea of American travelers will never change.

You need to be the one who starts changing the stereotype. You need to prove that not all Americans are the same. You need to show how kind, smart, and respectful American travelers can be.

Without you making a change then other Americans will forever be calling themselves Canadians, pretending to be something that they’re not.

Wouldn’t it feel so much better to share the truth? To prove that not all Americans are the same, to share the wonderful things that your country has done?

Stop sewing Canadian flags on your bag and carrying around Tim Hortons mugs. You’re not fooling a Canadian when we ask where you’re from and you can’t name a Canadian city other than Toronto, Montreal, or Vancouver (sorry, but this is a common thing I hear).

I wear my Canadian flag on my bag proudly because I’m Canadian, a nationality I’m proud to be.

Don’t hide behind our flag because you’re scared to prove others wrong about your own country. Wear your flag proudly. America has done great things and has great people, and you should want to share that with the world.

I promise to never judge you because you are American. I know that there are over 300 million Americans and that there are many amazing people. I will never make an assumption until proven otherwise, which really is what everyone should be doing.

I’m sorry that the world is the way it is, and that people are quick to jump to conclusions.

But I won’t apologize for asking you to stop pretending to be Canadian, because as flattered as I am that you wish people to think that you are, I know it’s just an easier way of avoiding the prejudices you face. I’m sorry that you face a more difficult task when traveling than I, as a Canadian, have to but I encourage you to change your own and your country’s fate.

You most certainly won’t change anything with a simple maple leaf on your backpack. 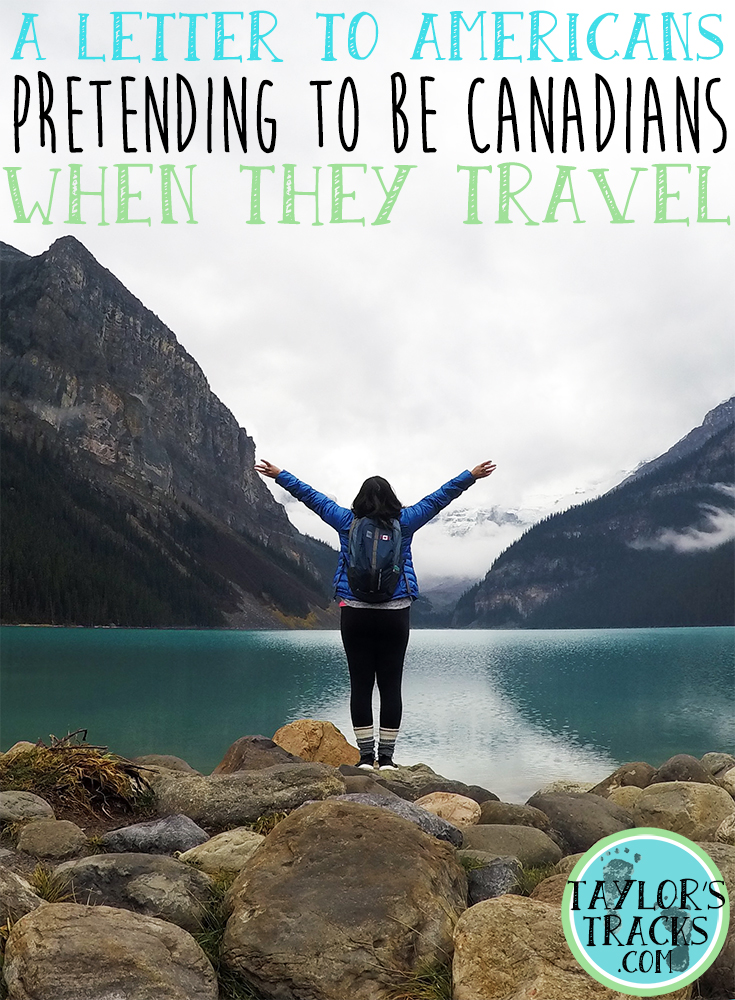 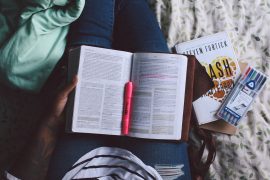 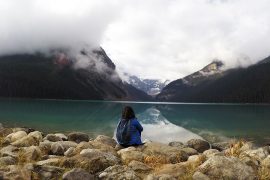