It has been a little while since I have gone to Athens, but I still debate with myself whether or not I like the city. I admit when I first went I hadn’t done much research, I was apart of a tour group and just went with it, being whisked away from European city to city by bus.

I thought that there wouldn’t be much to dislike because come on, it’s Athens. I was finally in Greece and about to see some real ancient history (I love history) so I was pretty darn excited.

As we rolled into the city the tour guide got up and introduced the city like he did at every new location. He announced that Athens was a bit like a grandfather, a little rough looking on the outside, but held lot’s of history and knowledge, and that it wasn’t to be judged just on its looks alone.

That little speech didn’t give me enough warning.

The closer we got to our hotel the more graffiti began to appear. Graffiti? In an ancient city? I know that people still live there, obviously, and that times have changed but I didn’t expect the city to be covered/vandalized/have art/whatever you want to call it all over it.

It took me by surprise and I didn’t exactly like it. I wanted to remember Athens as this precious city that held and cared for all of history for the rest of the world to come and admire. That’s a little selfish, I know.

This was my first impression of Greece. A few days later I left to go see some of the islands which I adored. I love Greece, it’s just Athens I’m not sure about.

Fact: The most famous building pictured above is the Parthenon. The Acropolis of Athens is actually the citadel itself which is home to multiple ruins and is the highest point in the city.

I’m not saying that I didn’t enjoy my time in the city. It was more than okay. I got to see the Parthenon (which was under construction of course), learn lot’s of Greek history, and ate delicious food. If you haven’t eaten in Greece yet you need to go for the food alone. I swear I must have eaten a Gyro a day because they were only 1-2 euros (I was slightly obsessed with them).

A Gyro is kind of like a shawarma where the meat (chicken or beef) comes off of a rotisserie and then added to a pita with tomatoes, onions, fries and tzatzizi. If you find one that has paprika on the fries, get it. I promise you won’t regret it.

Tip: For drinks head to 360 Bar where you can get spectacular views of the Acropolis lit up at night. Also their drinks are delicious.

What made me the most nervous was roaming around the streets. Luckily I was in a tour group or with a couple of friends so it wasn’t that nerve-wracking, but if I was by myself the men that I often saw dressed head to toe in black would have made me feel a little more uncomfortable. They were always in groups with big guns, shields, and pads all over their bodies to protect themselves, along with helmets and face protection.

My first thought was “Is a riot supposed to break out soon?” But I saw these men everywhere, all the time. I knew the money situation wasn’t great in Greece so I thought it might have to do with a scare of protests, but these men could have been there all the time. I wasn’t sure. In Canada you only see that kind of get-up if something serious is going down, not just on a day-to-day basis, so it threw me off.

It also didn’t help that there was a shooting about a block from my hotel the last night I was there. I didn’t know about it until I had left, but I don’t like hearing about shootings anywhere close to me no matter where I am. But this could have happened anywhere, in any city or country so I won’t hold it against Athens.

If you go to Athens without high expectations, and know that the city can look and maybe be a little rough then I’m sure you’ll have more than a great time.

It really is a nice city filled with history (even in their subway stations), is generally easy to get around, has delicious food (I swear I gained so much weight there), and the people are lovely. A plus if you’re a lover of street art, I really should have taken more pictures of it while I was there!

Will I return? Probably not. But I encourage you to go. The history alone is something everyone should learn about, and the see for themselves. Plus Greek history, in my opinion, is some of the best history in the world. So go and learn about some Gods and Goddess’, where the saying “extend the olive branch” originated from, see the architecture that’s more advanced than you probably think it is, and see the first hill where politics was born.

Start by booking your hotel here.

Want more info on Athens? Check out Lonely Planets latest on the city

What city do you have a love/hate relationship with?

Disclosure: Some of the links on this page are affiliate links that I may receive a small commission from. This is at no additional cost to you. By clicking and/or booking through affiliate links found on this site you are helping to support this website and helping make it even better. 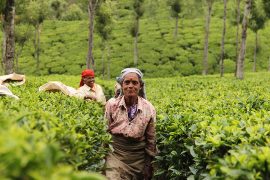 How to Say Hello and Thank You in 37 Different Languages 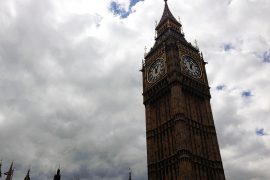 Why London is an Ideal Destination for Backpacking Beginners 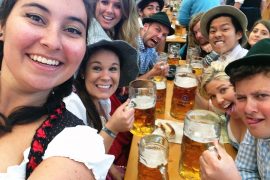 What Not To Do At Oktoberfest