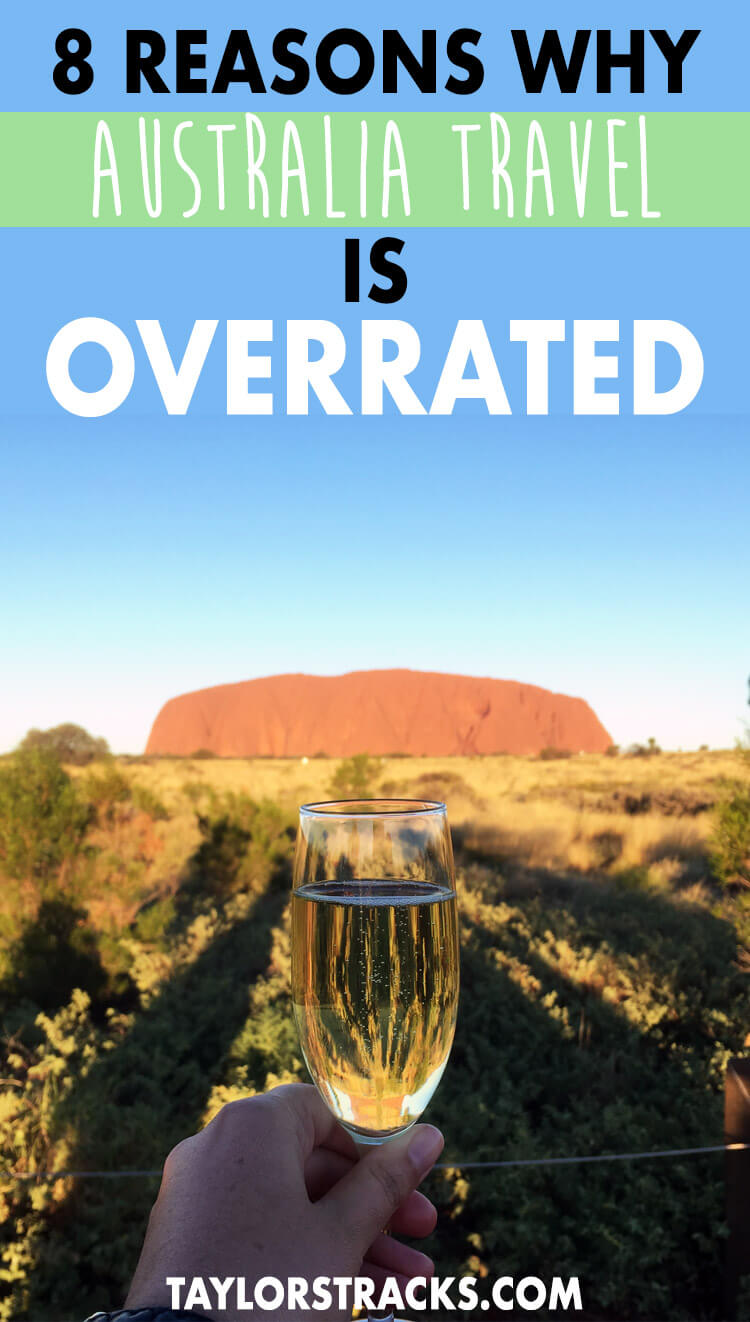 *Before you start reading please know that this post is about traveling Australia’s East Coast and backpacker trail. I am not judging the country as a whole as I have yet to be everywhere. This post is mainly to inform those who plan on traveling to Australia’s most well-known spots.*

Australia is one of those far off destinations that you have dreamt about visiting since you were a child. It’s a foreign place across the world that just doesn’t seem tangible, yet it is and it sits alone in the Pacific Ocean waiting for you to discover its distant shores and red centre.

There are white sand beaches so soft that you could melt into the golden shores for endless days, water so blue you have to blink twice to see if it’s real and animals so unusual it’s like they’re out of an artists sketchbook.

Yes, Australia is full of all kinds of amazing, wonderful, speechless sights and things so wacky that you would never have thought them to be real. Australia is a destination unlike any other yet it is like so many others.

Australia is the place that you want to tick off your bucket list, the country that you’re the most excited for and the continent that will wow you the most.

Well, sorry to burst your bubble but Australia is, in my opinion, completely overrated, or at least the the spots where most traveller’s tell you to go to.

First, here’s a little background on my experience with Australia: In December 2016 I flew to Sydney to experience an epic night, ringing in the New Year. A week later I moved to Melbourne with my working holiday visa in hand. Job hunting was unsuccessful (that’s a whole other story) so 3 months later I headed to Brisbane where I then travelled north, worked in a hostel for a few weeks and then travelled down the East Coast from Cairns to Sydney then to the Outback.

I did not visit the West Coast or Tasmania so please know that I am not judging these parts of Australia, just the parts that most people go to when they visit.

As I travelled the East Coast I was constantly questioning why people were so excited to visit Australia. I wondered what exactly people were raving about and I started thinking that maybe I was doing it wrong. I was hitting every hot spot along the coast, trying all the must-do activities (other than sky diving because jumping from a plane is not my thing) and I just wasn’t getting it. I wasn’t getting Australia. So 5 months into my 1 year trip I decided to call it a quits.

There were a number of reasons why and most of them were because I just found Australia to be overrated.

Without a doubt the worst thing about travelling in Australia is how expensive it is. Every time I brought out my wallet I wanted to cringe. What do you mean you want me to pay $13 for a pint? Some things were just plain ridiculous, others I could understand and there were some things that I found cheaper (compared to Canada) but I could count those things on one hand.

Why was I paying more for avocados in a country that actually grows avocados?

Sure, there are ways that you can save money in Australia but there is no way that you’re going to be able to travel this country on a budget. You can try, I certainly did but you won’t be very successful.

My biggest point to people is why would I fly to Australia when I could fly to Asia or Central America for less and see beaches that are just as beautiful? Which leads me to my next point…

READ MORE: How to Plan the Perfect East Coast Australia Itinerary on a Budget

Sure, there are some that are considered to be among the top 10 most beautiful beaches in the world and those I absolutely encourage you visit. Whitehaven Beach on Whitsunday Island is by far the best because it has the purest form of silica in the world. You can’t get a whiter beach. But it’s not somewhere you can lay down on and chill because of the hoards of tourists flowing through.

If you want a beach that doesn’t have tourists you really need to get off the beaten path, which most people don’t do. I recommend Yamba along the East Coast but even there is getting popular, now referred to as ‘the new Byron Bay’.

When you go to a new country you expect to find mostly the locals there. That is not the case in Australia. So many foreigners flock to Australia on a working holiday visa that it’s rare to find an Australia serving you in a cafe, bar or restaurant. Walking the streets you’ll hear more German, Irish or French accents than you will Australian. And the majority of the people you will meet will not be from the Land Down Under.

Of course there are Australians around, especially if you go to smaller towns and get out of the big cities. But it’s a little frustrating to want to get to know a new culture if there’s more of other cultures around.

What I found the most frustrating was when I was travelling down the East Coast there were so many people speaking one language that I constantly found myself surrounded by it, even to the extent that on a tour half the group spoke English, the other half spoke their native tongue and so we were split.

I do understand that when travelling there are many languages spoken however in a country that speaks English I wasn’t expecting to feel so segregated. It was frustrating, annoying and in my opinion, it got to the point where people were just being rude about it.

Since Australia is so far away from everyone else you expect it to be widely different. And in some instances it is. But for the most part I was sadly disappointed. Western culture is a huge part of Australian culture. You have fast food joints on every corner, the same big store brands are in every mall and overall the culture is just the same.

I was expecting to be able to tell my friends of new things I would discover in this unfamiliar territory but instead I came home raving about Tim Tams (basically cookies dipped in chocolate) and giggling about how some McDonald’s are actually labelled as ‘Maccas’, the Australian slang for the chain.

I know, I know moving to Australia on a working holiday visa or visiting for vacation is something that a lot of people do. But you don’t realize exactly how many people are actually doing it until you get there and discover half the people in your hostel are actually looking for a job too because guess what? They too went to Sydney for New Year’s and then moved to Melbourne to find work.

You are not alone.

Ask someone about their travel plans and don’t you know it they’re planning on travelling up the East Coast too. And they can’t decide if they should rent a campervan or take the Greyhound bus and you end up talking because you’re debating the same thing.

It’s the same everywhere you go in Australia. Basically, everyone has the same plan, is around the same age, is struggling to find work and complains about how expensive the country is.

Sorry not sorry but I just summed up what travelling in Australia is like.

This point is simple, Australia feels like a giant tourist trap. From the time you step off the plane in Sydney or Melbourne you are bombarded by tours to this destination, or holding a koala here, or petting a kangaroo there or trying skydiving over this beach.

Did I hold a koala? Yes. Did I pet a kangaroo? You bet. Did I go on tours? Absolutely. There things you have to do in Australia because you’re there and some you can’t do anywhere else.

But that doesn’t help the fact that Australia tourism knows that you want to do these things and so you see the same thing over and over in every destination. By the end of your trip you’ll be sick of it.

Australia is a huge country and a lot of people don’t understand its sheer size. To make it simple, it’s about the same size of the USA and all of the main tourist attractions in Australia are scattered around the edges with one main attraction in the centre.

Travelling along the East Coast is often done by driving and it can sometimes take stretches of 9 hours just to get between two spots. So why don’t you stop somewhere in between? Because there’s nothing in between. Australia has a few major cities that hold most of the population, the rest is pretty much just small towns with not much to do.

So while you’re thinking you can visit Australia for 2 weeks and see a lot you are sadly mistaken. You won’t even scratch the surface.

This isn’t referring to the population of the country, but to the travellers that Australia appeals so much to. I struggled a lot when travelling down the East Coast to find people who weren’t 18 and didn’t want to party every night. Cuz hangovers starting hitting me a lot harder when I turned 22 and my wallet was not an endless pocket of cash.

I did manage to find some awesome older (by older I mean mid 20s to early 30s) people to hang out with who were fun and closer to my age but the majority of those travelling around Australia and there on working holiday visas are quite young. Even though you can qualify for a working holiday visa up until the age of 35.

I’m not the only one who felt this way, many of the awesome older people I met were just as happy to meet me.

After I came back home from Australia everyone was asking me what I thought of the country, as well as if I saw any snakes or spiders and met any boys (the answer is no to all 3).

I tell people my honest opinion, that I think Australia is overrated, and I watch the look of shock pass over their face. People aren’t used to hearing that this dream destination of theirs is not all that it’s hyped up to be.

As much as I say Australia is overrated and constantly complain about how much I spent there I will always tell people that they should visit. Am I in a rush to go back there? Absolutely not. But do I want to go back and see more of the country, the not so touristy parts? Definitely.

I don’t think Australia lives up to a lot of its hype because the price of everything really makes your visit so much more complicated. You have to start dropping things from your bucket list or start watching your savings disappear.

Australia has so many incredible places that you really can’t see anywhere like Uluru, Whitehaven Beach, Fraser Island and the Heart Reef. But it is not a destination I encourage people to rush to because in a lot of ways it’s just like everywhere else.

If you want an incredible destination to experience culture, amazing sights and not break the bank there are a ton of other places I would encourage you to travel to first.

And when you do go Australia, you’ll love these posts 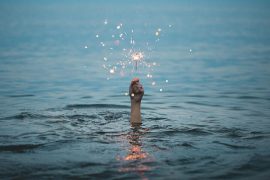 Why Your Breakdown Could Be Your Next Breakthrough 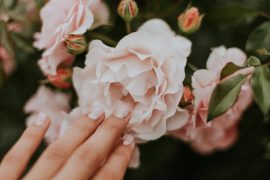 How to Use Your Feminine Energy to Skyrocket Your Self-Worth 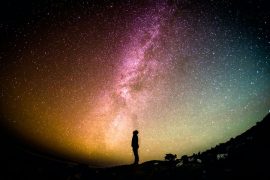