Due to the popularity of yoga and spirituality increasing, its become common knowledge that we each have 7 chakras in our bodies that run from the base of our spine up to the top of our heads. We do actually have more chakras, but the most well-known are the main 7. And just like our own chakras, our planet Earth has its own too. These areas are associated with each chakra, claiming to be the place in the world that has the highest amount of energy of that specific chakra.

Many have claimed that these 7 points or areas on Earth have drawn them closer, without explanation other than a feeling. Each of these sites also has deep meaning for many of the tribes, religions, and people of the area where stories, myths, legends, and tales are rooted in the grand destinations, many of which are considered sacred.

Whether you believe in the Earth chakras or not, there’s simply something to be said for each of these destinations that is difficult to put into words. While some are UNESCO World Heritage sites, the others are still notable places to visit, as each is truly unique and is certainly worth a trip to.

Lets dive into the Earth charkas locations and how each one is connected to the energy of its accompanying chakra. The Earth chakra are all on a ley line or where two cross. These lines are similar to latitude and longitude in the sense that they aren’t seen, but they show the energy of the Earth and how each of the major sites around the world are connected by these ley lines. 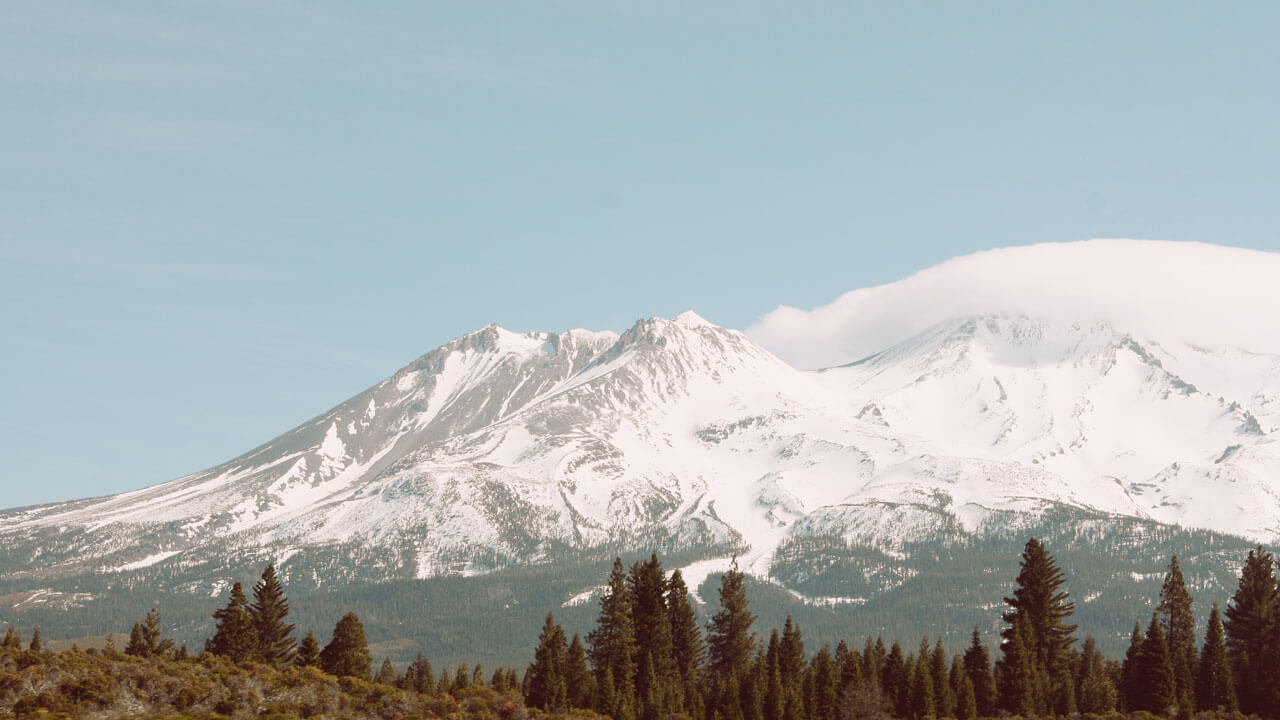 The first of the 7 chakras of the Earth sits in Northern California. The majestic Mount Shasta in the Cascade Range which has long been a site that North American tribes have deep meaning with. It is believed to be the birthplace of the Creator, the centre of the Universe, and the first place created by God.

It holds holy and spiritual meaning for North American tribes and it’s not uncommon for others to feel a draw to this towering active volcano. Associated with the root chakra (Muladhara) that’s located at the base of the spine, the first charka governs our emotions related to security, comfort, acceptance, and confidence. A volcano is fitting for this chakra that is related to Earth, grounding, and our foundation. The root chakra is responsible for helping energy move upwards, which is exactly what a volcano does when it erupts. 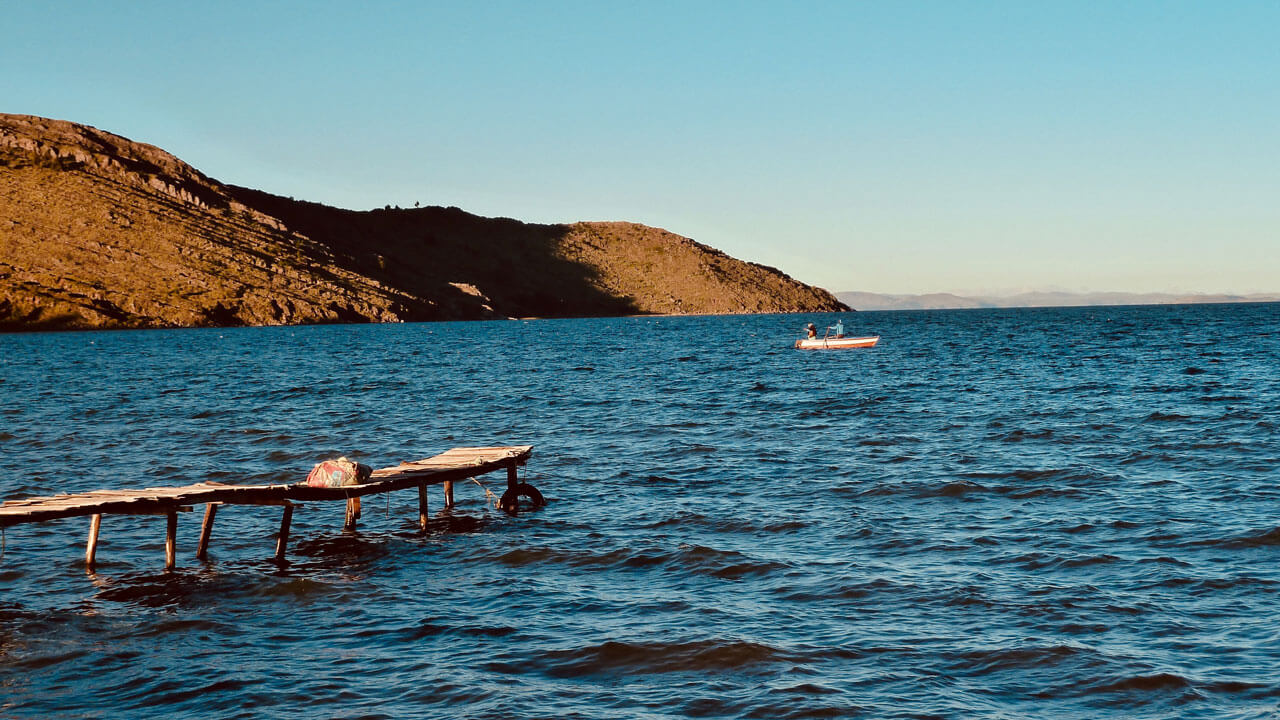 Lake Titicaca is said to be the womb of the planet and encompasses both masculine and feminine energies, as two ley lines, cross at this point that represents our feminine (Dragon serpent) and masculine (Rainbow serpent). Crossing the border of Peru and Bolivia, Lake Titicaca is the largest lake in South America and is where Incas once called home, on Isla del Sol (Island of the Sun), that sits among the water closer to the southern end of the lake. They considered the lake sacred and even an ancient temple has been found, submerged underwater.

Our sacral, Svadhisthana, chakra is associated with our sexuality, creativity, shame, and guilt, which makes this lake, which supposedly represents our masculine and feminine energies, a fitting spot to represent our chakra that sits at our womb, or close to our belly button. 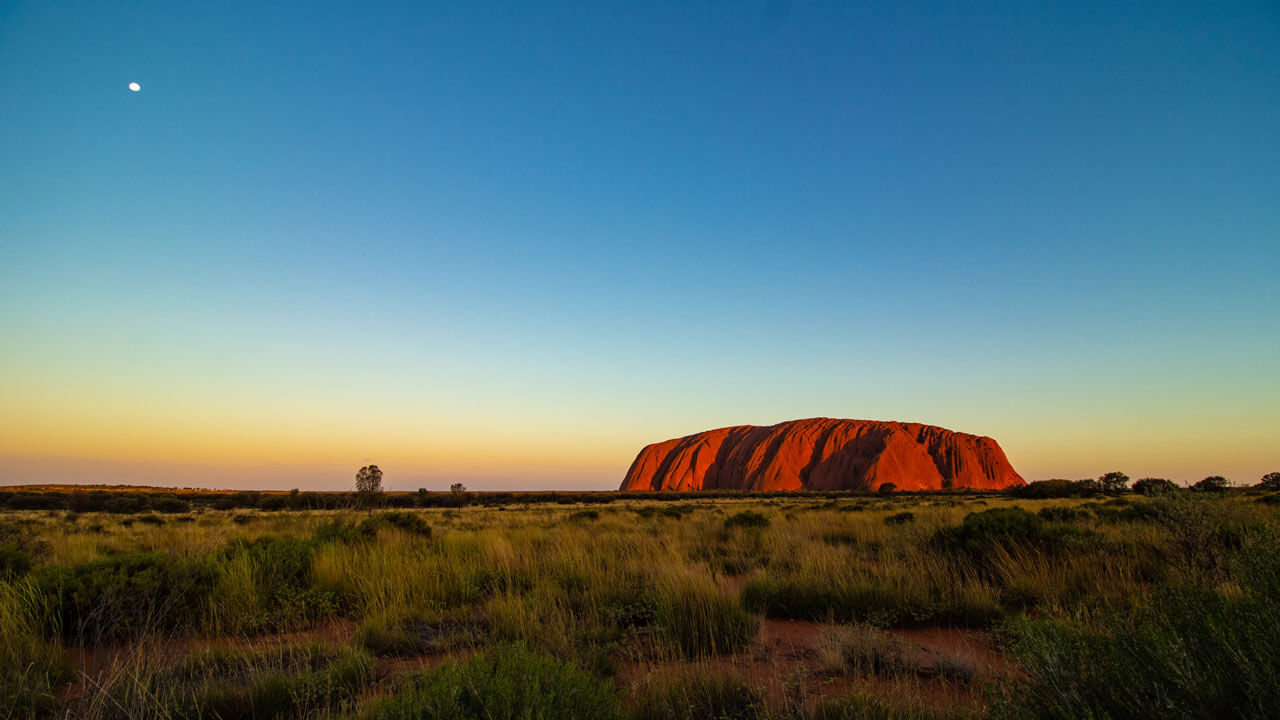 Our solar plexus charka, Manipura, is associated with self-confidence, personal power, self-worth, and willpower which easily connects to the imposing rocks of Uluru and Kata Tjuta that rise seemingly out of nowhere in the middle of the Australian desert. These two rock formations sit about 50km (31 miles) apart and hold significant meaning for Australian Aboriginals. These sacred sites are carved with stories of creation and local legends, detailing the history of Aboriginals over the last 600 million years. 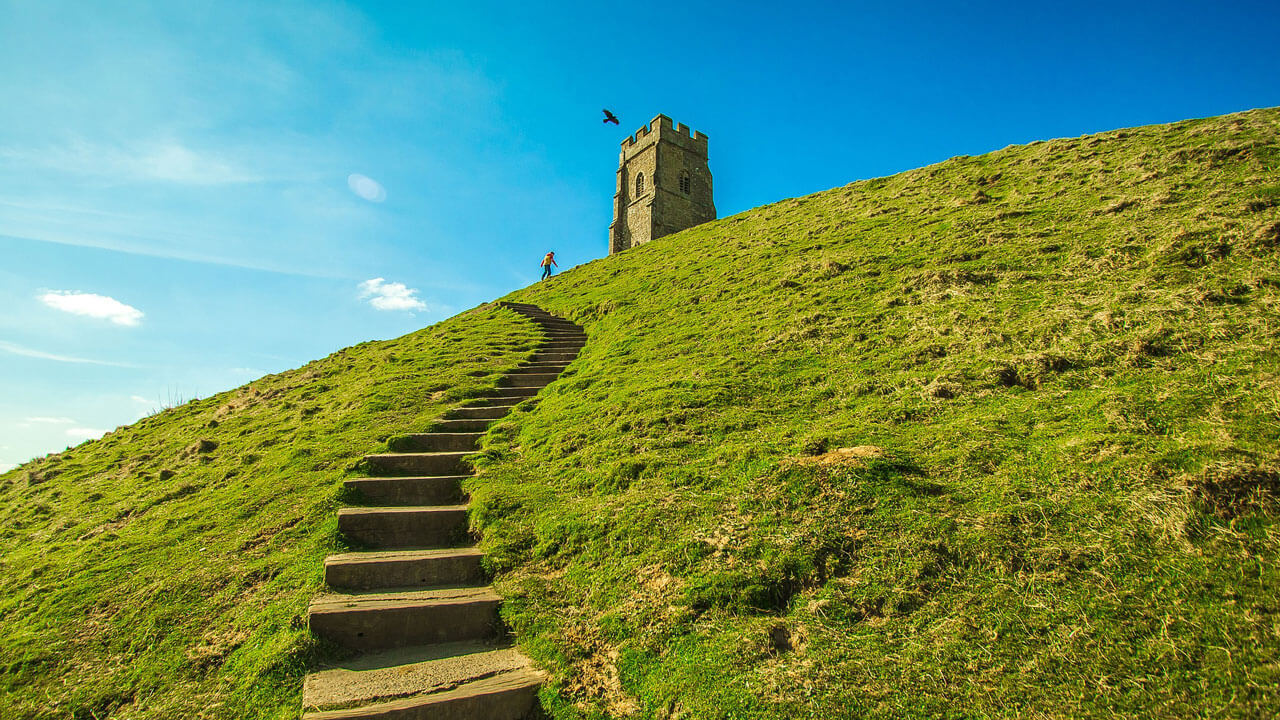 These two towns in Southern England are the most agreed upon location for Earth’s heart chakra, though some will claim that Haleakalā volcano in Hawaii is the spot for this chakra as it has the same energy frequency.

The location of your fourth chakra, Anahata, is the centre of your chest and is associated with the emotions of love, compassion, and understanding. Also known for healing, the location of Glastonbury is thought to represent love and Shaftesbury, will, brings these two towns together as one for this chakra. It’s no surprise then, that these spots, with Stonehenge often thought to be included as well, represent our chakra that connects so much to the governing of our emotions. 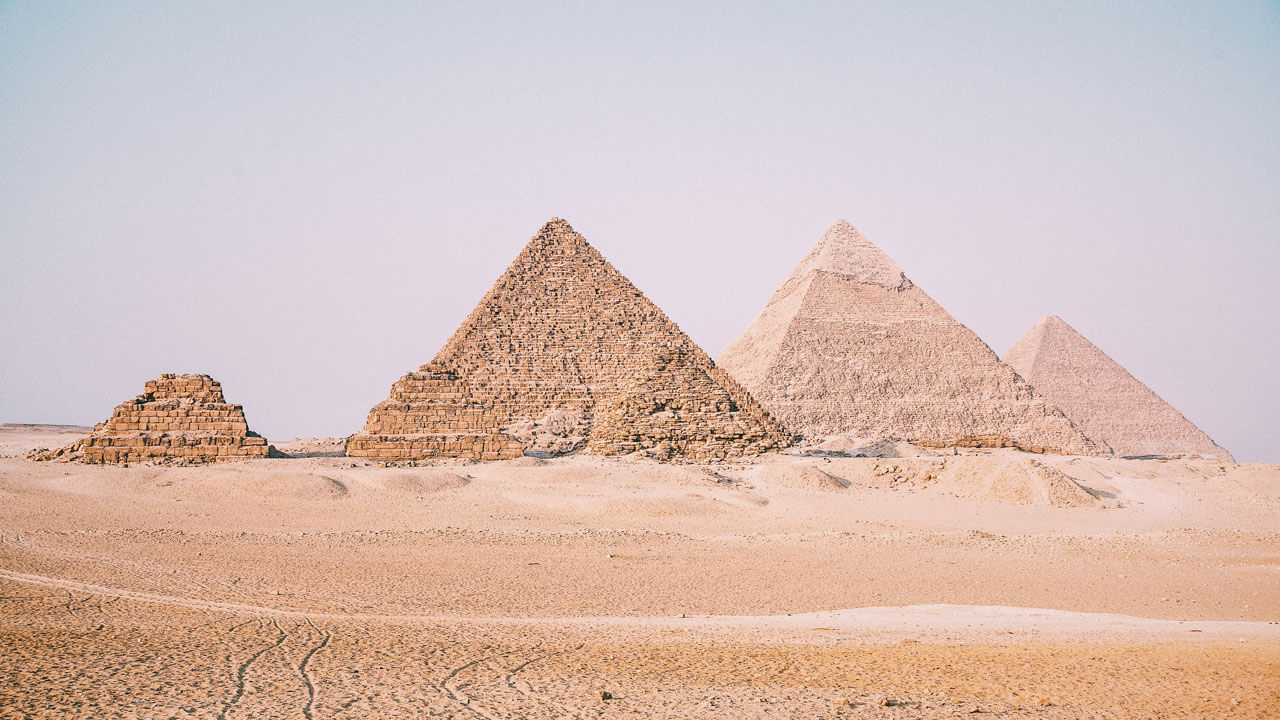 It’s believed that these three locations connect to make up the throat, Vishuddha, chakra which governs our voice, and our truth/self-expression. It’s widely known that all of these locations have deep spiritual meaning, are most definitely associated with ancient history, and even two of them are connected to the Bible. The Pyramids of Egypt are unique too as this isn’t a spot where ley lines intersect, but it is one of Earth’s energy vortexes. Associated many times with the mystical, the pyramids have long been an area that have stumped modern people for centuries.

What’s interesting is that it is believed that the unrest in the Middle East is considered the “cries of the Mother”, as our throat chakra, which sits at our throat, governs our communication. 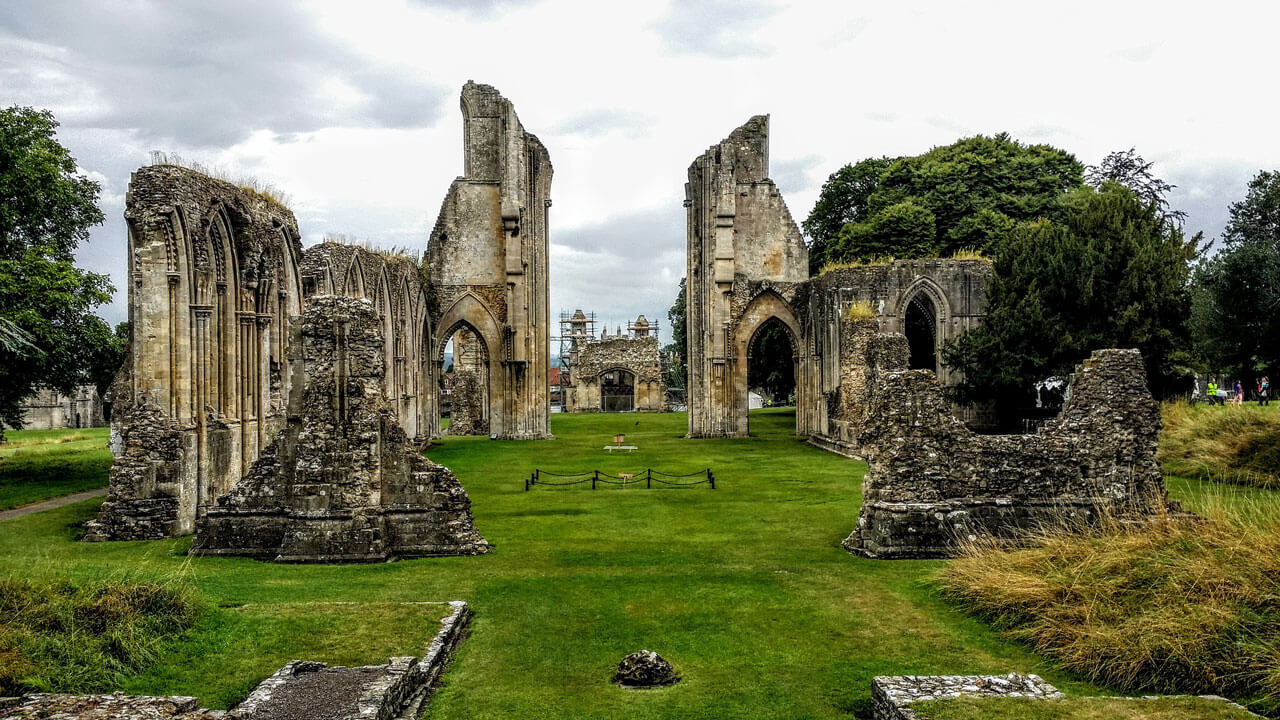 The Earth’s third eye chakra, otherwise known as Anja, is a hard one to pin down because it moves. Currently, it’s believed to be in Western Europe, with some agreeing upon Glastonbury, England as the location. Also known as Aeon Activation Centre, this is the only chakra that can move and it does so along with astrology changes. It’s thought to move to Brazil next, but this won’t be for another many more years (it takes 2100+ years), as we move into the Age of Capricorn (currently we are in the Age of Aquarius).

The third eye chakra is most known to be associated with our intuition, with its location on our bodies being between our brows. 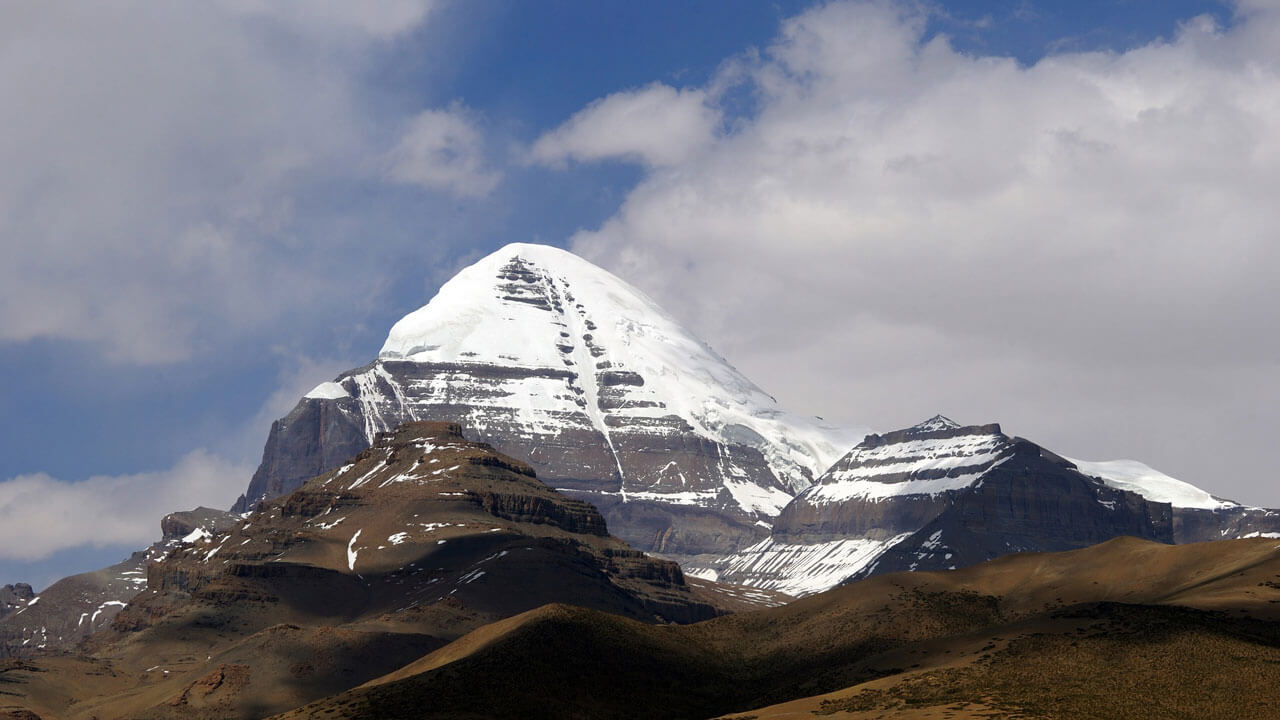 Known as the “roof of the world”, Mount Kailash is one of the most sacred mountains in the Himalayas. This towering mountain has deep meaning not only for Tibetans, but for four religions as well including Bön, Buddhist, Hindu, and Jainist. It makes sense that the location of Earth’s crown chakra is so grand in such a spiritual and magnificent area. The crown chakra sits just above our heads, and is connected to enlightenment, connection, and spirit.

While most people won’t ever reach their full potential and connection their Sahasrara chakra, there is something to be said for the connection one feels when they visit Mount Kailash.

Some destinations worthy of adding to your bucket list, if they’re not already there, don’t you think?