This time last year I was wearing a dirndl, holding a litre of beer, and getting to know fellow traveler’s at the world’s largest beer festival, Oktoberfest. Sounds great right? It was! I had an amazing time and wish I was back there right now drinking delicious German beer and listening to others crazy travel stories without a worry about how expensive that beer in my hand was.

But this year isn’t so bad. I’m preparing to leave on my next trip in two weeks, but there’s one major difference (other than not drinking beer and being in Germany) between this year and last: money. This year it’s on my mind as I try to push pennies together to make my “budget.” This budget is really just a number I came up with that I’d like to have before embarking on my trip. It’s more than enough to survive and go over budget if I have to.

And this brings me to my topic for this week’s travel post: staying on budget. In June of 2014 I spur of the moment booked a trip (read why spontaneous decisions are the best) to Europe with a tour company, which I would leave for two months later. I quickly had to find a way to make myself a budget and actually make the money.

I wasn’t irresponsible, I had two jobs and knew that if I worked a lot it would be possible to make a decent amount of money before I left. I had also been saving for years so I had a bit of a start. I also found other ways to make more money that just from my pay cheques.

spoiler alert: i went over budget

Yes, I did go over budget, and not just by a little bit. I managed to save over $5000 in two months working two part-time jobs that did not pay amazingly well. I worked a lot and I was prepared to spend it all on my trip.

My budget was $10,000 for 7 weeks in Europe. This included everything from flights, insurance, food and drinks, hotels and hostels, souvenirs and the cost of the tour. It seems like a lot, and I knew it was, but this was something I had been wanting to do for years. It doesn’t help that tour groups are costly, $5000 alone was the fee for my 30 day tour. Read here the pros and cons of group tours.

For me I was willing to fork out the money because I was a solo traveler and wanted something that would take away the stress of not knowing what I was doing and so I’d have people always around me. And to me, it was completely worth it. I met amazing people and had zero stress during the tour (expect for when I couldn’t get any money when I was in Venice because of complications with my bank).

So how much did I spend in 7 weeks? $15,000. Keep in mind this is all in Canadian dollars. A lot? Yes, in fact the past two years I made just over that amount per year.

I came back home and had $300. Luckily I was living with my parents for a few weeks and they paid for groceries so I could eat. This also meant that I wasn’t working for another few weeks, since I lived in a different city. Also, the job I had lined up wasn’t ready when I was. The store I was going to work for was undergoing a remodel and due to construction (have you ever seen construction finish on time?) kept having to push the opening date back. This meant my chance of earning money again was out of my control when it came to this particular job.

In Barcelona, I had mussels for the first time with unlimited sangria.

Luckily when the store finally opened again I was able to get a lot of hours, I worked 6 days a week, had long days, and did everything I could to make as much money as I could again.

This was a stressful time for me and I came home exhausted from being on my feet all day and being extra friendly (I worked retail, which you can read about here).

It was the first time in my life that I couldn’t fully pay off my credit card.

As someone who is very financially responsible this was the first time that I really let myself go and didn’t hold back. Though the mess I left myself in when I came back wasn’t ideal, I don’t regret one thing.

why I don’t regret going over budget

Every single penny I spent was on something that I wanted. Nothing on my trip was a waste. It was all worth it to me.

Before a bike tour of Munich, ready for the rain.

I didn’t go into my trip with the mentality that “I’m on vacation, I can treat myself.” I thought about each situation and asked myself “Will I ever be here again?” It was that question that my answer to every time was “I don’t know.”

The thought that I might not be back to the same place I was standing scared me. Who knew what my future would be like and if I’d have the opportunity to travel more again in my life. I wanted to take advantage of every moment that I had and every opportunity that presented itself.

I rode a donkey up the hills of Santorini, the same island where Lena from The Sisterhood of the Traveling Pants rode a donkey in the film. It was one of those moments that I knew was too good to pass up. Cost? I don’t remember, but it was worth it. But while on this donkey ride one of the girls on my tour that I was quickly becoming good friends with was proposed to by her boyfriend (now fiance) who was also on the trip. That moment? Priceless.

This post is not to encourage others to go over budget. I’m just trying to get across that it’s okay to go over budget, if you want to. Treat yourself, live every moment to the fullest, and live with no regrets.

I did just that and still a year later I’m thinking back on that trip without a single regret, even after all of the hard times I went through when I got back home.

I must say that I did not spend so much that I went into debt. I definitely do not encourage anyone to go into debt if you can avoid it. I managed to save myself from not going into debt by:
a) Saving way in advance
b) Working my ass off to save even more
c) Renting out my room while I was away
d) I took some money out of my “emergency” savings account (the need to travel more is an emergency right?)

Europe can be an expensive place if you don’t know tips and tricks. I also flew during the most expensive month of the year, went on a group tour (and then booked another while I was on the first), and spent way more money on booze than I had planned to.

Can this all be done on a budget? It definitely can, but to me a budget is not a reason to say no to a new experience. Some may think this is the wrong way to think about money, and that’s fine. I can totally understand why people stay on budget and follow it closely. But when it comes to money I don’t want to stress myself out when it comes to not being able to do things in a new and exciting city or country. There is always a way to make more money, and though you may go through a rough patch before you see that money, in my opinion, it will all be worth it.

If you want to stay on budget in Greece, eat gyros, I was addicted to them. Above was my last one before I left Athens.

But like the title of this post says, I went over budget and I don’t regret it one bit. In the year since the trip I’ve managed to get myself back on my feet and have saved enough so that I can leave on another adventure.

Going over budget is not the end of the world. It’s more like a reality check that I brushed off and moved on. I have too many happy memories and unique experiences to remember the dollar amount associated with them.

As for staying on budget for my next trip? We’ll see how that goes and I’ll keep you updated. Until then, happy travels!

what do you think? are you a budget or “do whatever you want” kind of traveler? 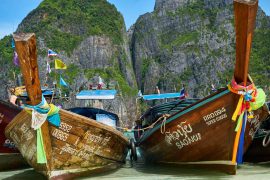 34 Tips for Backpacking Thailand That You Need to Know 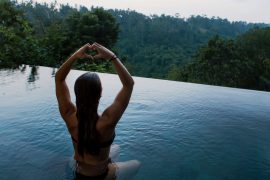