This is a post written in collaboration with Expedia.ca All thoughts and opinions are my own.

Toronto is a city that isn’t on everyone’s radar, but it should be. Toronto has turned into a world class city and has been voted a number of times as one of the top cities to live in the world, as it is.

It’s the fifth largest city in North America and therefore makes it an easy to get to city, the largest in Canada, and is home to the country’s best sports teams (other than the Maple Leafs, the city’s famous NHL hockey team). With other attractions and places, like Niagara Falls and the US border so close by its no wonder why this city has grown to the size it has, and quickly.

Whether you’re visiting from abroad, from close by, or live in the city, here are the most famous things to do in Toronto that will make your experience the true Toronto experience and ideal for any Toronto trip itinerary.

Have you really been to Toronto if you don’t have the classic image of you standing on the glass floor or at the bottom of the building and the camera angled upwards? It’s the city’s most famous attraction, as it was once the world’s tallest free standing tower (Japan now has Canada beat). Take a ride up in one of the elevators that show you a view as you go up, stand on the glass floor (don’t worry, it can hold a few rhinos so you’re safe), and dine in the revolving restaurant for optimal views of the city by day and night. If you’re more of a thrill seeker then you can find yourself hanging off the edge of the building during the Edge Walk.

See more of the CN Tower on Expedia.ca

A food lovers dream, St. Lawrence Market is the place to be for sweet treats, coffee, fresh fruit, meat, seafood, and everything in-between. It was named the number one food market in the world by National Geographic, and has been operated since 1803. It’ll have you with your bags full of delicious food and strolling the surrounding urban streets.

Didn’t know Toronto had islands? Well you do now, and it makes for a fun part of any Toronto trip. Take the ferry over from the downtown core and you’ll find yourself in a hot spot for music festivals. Amid restaurants there is lots of green space for relaxing, having a picnic, gardens, and playgrounds for kids. From the island you can rent bicycles, kayaks, canoes, paddle boats, or you can visit one of two beaches (keep in mind the west beach is clothing-optional). Not to mention you have a phenomenal view of the city’s famous downtown landscape from the island, which is perfect for sunset.

To feel like you’re stepping back in time then head to the Distillery District where you’ll find a wide assortment of restaurants, shops, cafes, distilleries, and more. From seafood to sake, tapas to handmade local jewelry, chocolate shops to antiques, this spot will have you wandering through the cobblestone streets for hours. Take a picture in front of the well-known love lock letters that spell out love, under the metal heart (definitely Instagram worthy), or if visiting in December don’t miss the Christmas market for sweets, mulled wine, and handmade crafts.

Easily one of the best areas in Toronto, Queen Street West will lead you through some of the best restaurants, the fashion, and entertainment district, and straight to the Eaton Centre, the city’s downtown shopping centre. Not to mention that the street itself has some great shopping as well, is a great spot for finding clubs, and has a bit of hipster flair. Just off of Queen Street West you’ll find Kensington market and China Town, both areas worth exploring. Keep heading East and you’ll find yourself in front of the new and old city hall, where in the winter you can skate at Nathan Philips Square (directly in front of the current city hall).

Toronto has you covered when it comes to entertainment. The city is home to the ROM (Royal Ontario Museum), which is the largest museum in Canada. It hosts art, natural history, and world culture. Other museums include the AGO (Art Gallery of Ontario), Bata Shoe Museum, and the Textile Museum of Canada.

Was it already mentioned that Toronto is great for entertainment? For a good night of comedy head to Second City, where some of the country’s best comedians started their careers. Visit the Toronto Zoo, currently home to some giant pandas and their babies.  Toronto also has the Ontario Science Centre, and Canada’s Wonderland, Canada’s largest amusement park. Not to mention that there is a wide variety of shows on in one of the city’s many theatres, the ballet, or Opera. Casa Loma is often left off the map, but is a beautiful building (now turned museum) with unique architecture for Toronto. Last, but certainly not least, is Ripley’s Aquarium, Toronto’s newest attraction right next to the CN Tower.

As mentioned before, Toronto has the country’s best sport teams. So no matter what time of year you’re visiting you’ll find some team playing. Find the Blue Jays (baseball) playing at the Rogers Centre, the Maple Leafs (hockey) at the Air Canada Centre, and lastly the Raptors (basketball) also play at the Air Canada Centre. Toronto loves their sports, and are very proud supporters of their home teams so you’re sure to find a fun crowd at any game. Also in the downtown core, you can visit the Hockey Hall of Fame, because hockey is a major part of Canadian culture.

The Harbourfront comes alive in the summer where both tourists and locals flock to for long strolls, boating activities and more. Here you’ll find rentals for kayaks, canoes, paddle boats, and stand up paddle boards. You’ll be able to take cruises on massive pirate ships, or just people and plane watch while relaxing under an umbrella. Here you’ll also find some of the city’s top restaurants and best patios.

If you need a little break from the city then you can head to the east end and do some hiking through the Scarborough Bluffs and along the beach, where you’ll look straight into Lake Ontario from the escarpments highest point at 90 metres. Add in some gardens, sports and recreation facilities, and you have yourself a nice afternoon outdoors.

Toronto is home to over five million people, who all love the city they live in. Each district is distinct, and there’s no shortage of entertainment, winter or summer. So if Toronto isn’t on your list, then put it on, because it’s a destination that you don’t want to miss. 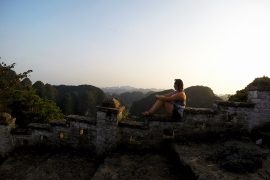 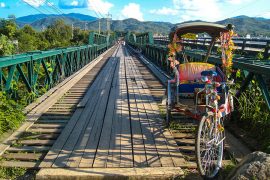 The Best Things to do in Pai, Thailand 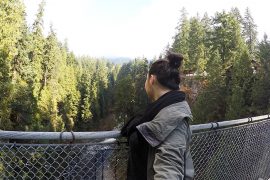