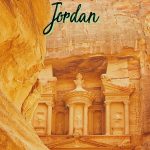 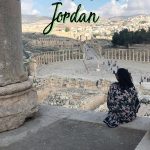 When I first decided that I was going to visit Jordan I only thought of visiting Petra. Little did I know that there are quite a few places to visit in Jordan that are also incredible.

I was surprised by the amount of history in Jordan (who knew there were ancient Roman ruins in the Middle East?!) and the unique landscapes that looked like they were straight out of a movie (quite a few movies have been filmed in Jordan).

While Jordan is surrounded by countries that are deemed “dangerous” and is in the heart of the Middle East, I encourage to overlook the stereotypes of this part of the world because not only will you be safe but you’ll be missing out on a ton of breathtaking scenery and very cool sites that you’ll be wanting to add to your Jordan itinerary.

Some of the places visited in this article were visited on my sponsored 3-day tour of Jordan by Abraham Tours. As always, all thoughts and opinions are my own.

On obvious first choice, Petra is the must-not-miss destination on any Jordan holidays and the main attraction for practically all visitors to the country. This is not without good reason.

This ancient city is one of the New Seven Wonders of the World and a UNESCO World Heritage Site that is tucked behind the naturally carved stone walls of southern Jordan.

It wasn’t rediscovered until the 19th century, hidden from the world, but today the local tribes’ people welcome in visitors to witness the incredible history, sheer size and the knowledge of the ancient civilization that once lived here in what is nicknamed the Lost City or Rose City.

READ MORE: How to Visit Petra: Everything a First Timer Needs to Know

A truly spectacular place to witness nature’s unlimited ability to create such a diverse range of landscapes is Wadi Rum. This desert valley is uninhabited but often has Bedouin tribes passing through and even Lawrence of Arabia.

Wadi Rum is also a UNESCO World Heritage Site, the 4th to be named in Jordan, that is known for its unusual yet mesmerizing natural landscapes that include sandstone mountains and granite cliffs that have been shaped into unique and otherworldly looking towers.

The colours of this desert make it look like you’re on another planet instead of Earth which has made it a prime spot to shot films such as Star Wars where Wadi Rum played Mars.

When you decide to visit Jordan you would hardly expect to see ancient Roman ruins that are typically found somewhere in Europe. Yet its widely unknown that Jordan is home to the best preserved ancient Roman ruins in the world and those are in Jerash.

In Jerash you can walk the same streets that past civilizations roamed down, sit in the Roman Amphitheater and get views over Hadrian’s Arch and beyond, I honestly thought this was one of the best things to do in Jordan.

Jordan travel almost always includes a stop in Amman, the capital of Jordan and where you can get the best glimpse into life in Jordan. This bustling city is a mix of the old and new between the historic old town and the modern skyscrapers rising in the distance.

Ancient Roman ruins can be found here with some of the best views of the old part of the city from the Citadel that has panoramic views.

While the new makes its way into the city it hasn’t disturbed the traditional mosques and markets for you to explore.

Jordan attractions don’t stop at Petra, you can continue seeing the amazing archeology at Little Petra, which is often visited in conjunction with Petra because it’s free to do so and not too far from Petra.

Little Petra, too, has buildings carved into the sandstone walls but like the name suggests is smaller than the original Petra.

Little Petra was also built by the same people, the Nabataeans, that built Petra and archeologists believe that it was once a suburb of Petra. Little Petra was excavated in the late 20th century.

Jordan runs along part of the Dead Sea which just so happens to be the lowest point on Earth, some 430 metres below sea level and one of the top Jordan tourist attractions.

It’s here that you can spend a day relaxing, floating in the extra salty water that provides so much buoyancy.

Luxury resorts line the Dead Sea where you can chill out, rub mud on yourself for its health benefits or try out one of the spas.

One of the can’t miss places to see in Jordan for divers is Aqaba, the only port city in Jordan that sits on the edge of the Red Sea. It’s a mix of the old and the new with a 14th century fort that you’re able to access and some of the top luxury 5-star resorts in the world.

The Red Sea is also well known for its unique diving opportunities which you can access from Aqaba. 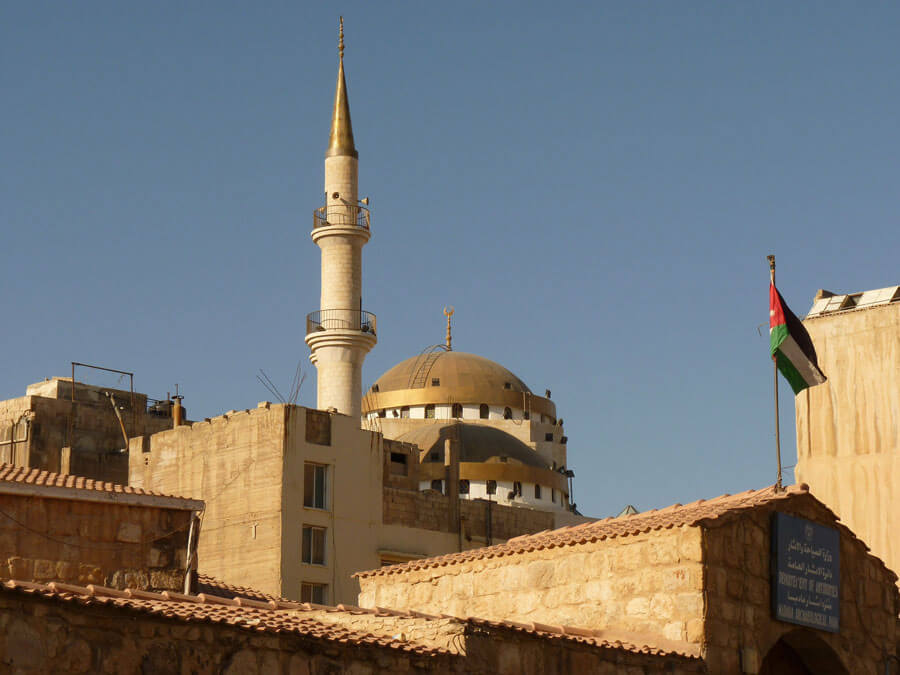 Madaba is known for its religious monuments and ancient art. This small town is found just south of Amman and is home to the Madaba map, a 6th century mosaic that outlines Jerusalem and other holy sites.

A museum and an archeological park can be visited here too.

You have to visit Karak if you’re a castle lover. Once left in ruins after an attack over 500 years ago, the castle has undergone some restorations to restore it to its former glory.

There’s even a museum in the lower portion of the castle for visitors to explore the archeological past of this region.

Other than the castle, Karak is known for its majority Christian population and Citadel which was a Crusader stronghold.

Last but not least is Mount Nebo, a spectacular viewpoint that rises 710 metres above sea level. Not impressive just for its views but also its religious significance, Mount Nebo is also where Moses viewed the Promised Land for the first time.

Enjoy your Jordan trip! I hope this gave you plenty of inspiration!