Quebec City, somewhat close to my hometown of Ottawa, was never a destination on my bucket list. I had heard that it was pretty and the old part of Quebec City was very much like Europe. But I personally would rather go to Europe. However, I was pleasantly surprised after spending a short two days, that Quebec City is a city that I should have taken the time to visit before, and to have not judged so quickly.

Here are the top five reasons why you should visit Quebec City and the reasons why I fell in love with the city:

Quebec City really does give you a very similar feel to Europe with it’s old buildings dating back to the 1600’s. The city takes pride in it’s beauty and has done an amazing job of keeping many original buildings, cobblestone roads, and an overall European look. I walked down one of the main streets with shopping and restaurants where signs adored buildings in a way that reminded me of the famous shopping street, Getreidegasse, in Salzburg.

Hearing the French language consistently brought me back to the days I spent roaming the streets in Paris, and the close proximity of all the major attractions only added to how easy it was to explore all of the city’s charm. 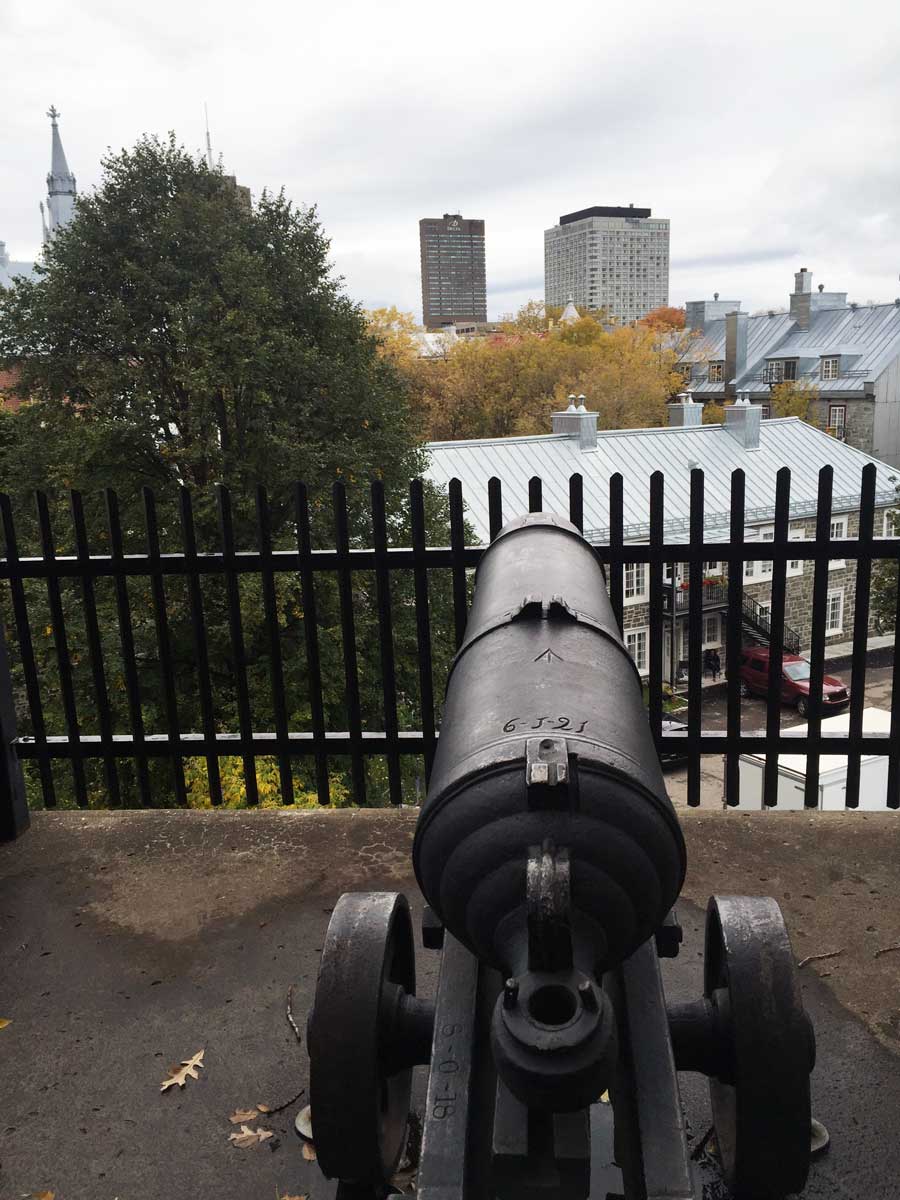 The whole city had a very relaxed feel, no one was in a rush. You could tell people enjoyed themselves. They sipped their wine and ate slowly on patios, delicate lights decorated the inside of restaurants, and though a touristy city, there was virtually no big company names to be seen.

The only restaurant I recognized was McDonalds (which are literally everywhere so they’re impossible to avoid) and some clothing stores. This fact really made the city all the more charming as you weren’t surrounded by familiar names, but instead encouraged to try the local food, and enter the shops you’ve never seen. It made the city more unique and charming, and it set it apart of other North American cities.

As I Canadian I knew little about the history behind the city other than it being founded by the French. We took a walking tour of the city that allowed us to see past the standing buildings and to understand the significance of each one. And many buildings had significance in the city. From the first sky scraper in Canada, the oldest hotel in Quebec, a house with the smallest facade of a single dwelling, a church that holds the 7th holy door in the world (1st in North America), to the first prison in the city. Quebec City had more history to offer than I could have imagined. 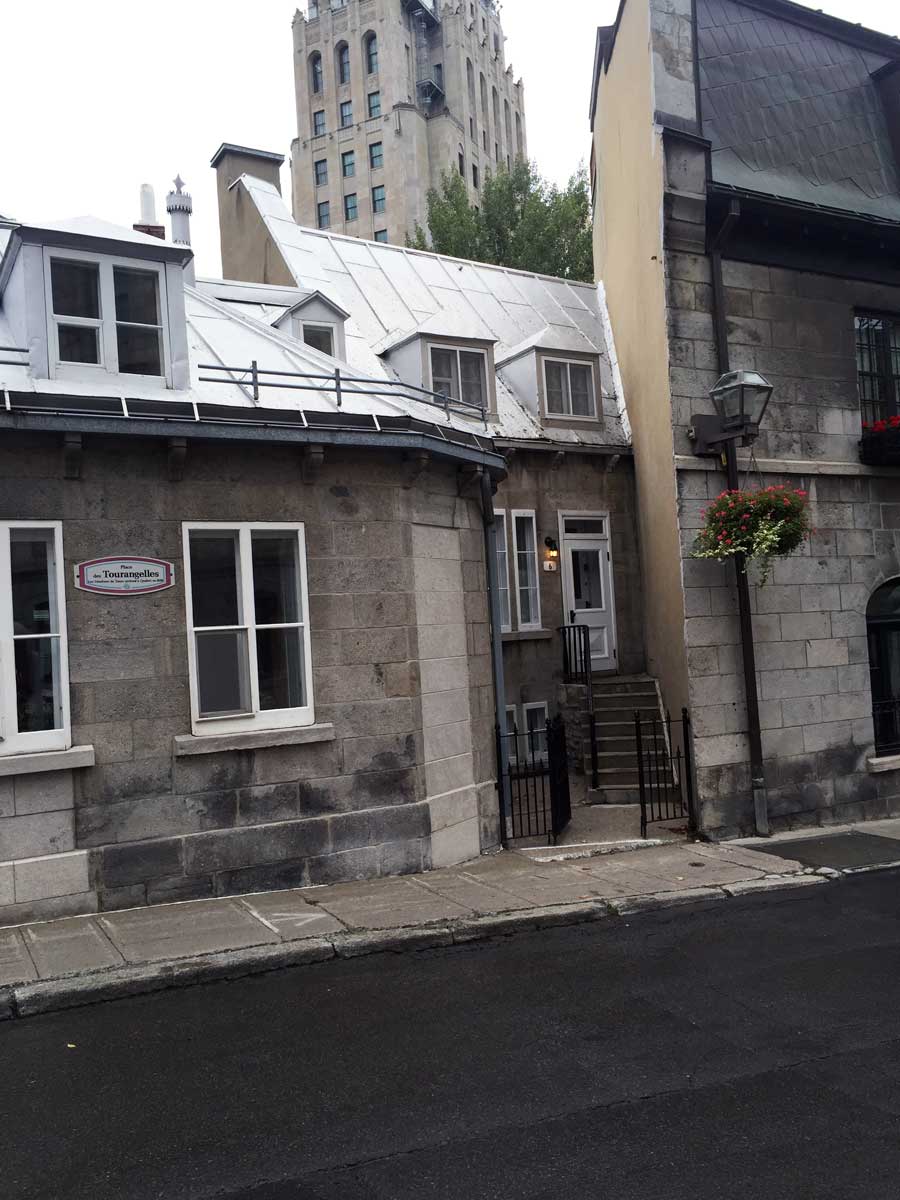 It is the only city North of Mexico to have fortified walls, the only city in North America to have an active installation, the Citadelle, and is home of one of the most photographed hotels in the world, the Frontenac Fairmont Hotel (which is absolutely stunning inside and out). 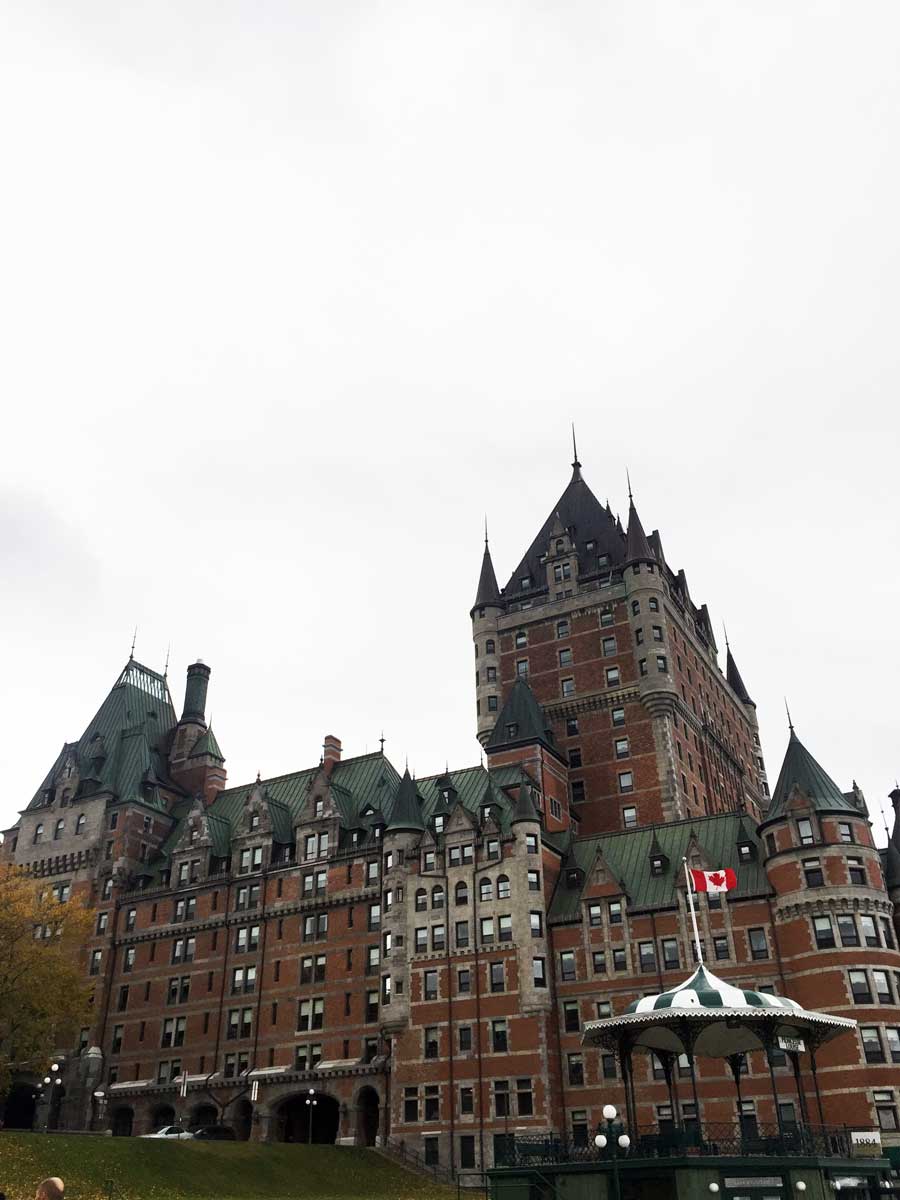 While visiting Quebec City with my friend from Australia she asked me if I felt out of place, like a foreigner in my own country. I admitted that I did, as I don’t speak French, and I really felt that the entire culture of the city was so different from the two cities that I previously lived in (Ottawa and Toronto) which are only a province over and a few hours away.

Luckily the language barrier was minimal as it is a touristy city and most people who live and work there speak English well.

You could easily tell that the people of Quebec took pride in their city, their province, and their French heritage. They are proud people of their background and open to tourists. They share their flag all over the city and have adopted the typical French cuisine. They support their local breweries and wineries, and it really is a city quite different from the rest of Canada, a unique place on its own.

Not every city has the space, or takes the times to build parks or areas of green. But Quebec City has a large space of grass right in the middle of the Old Quebec City, something that may go unnoticed by some, but other’s will appreciate.

Not far from the city itself is the beautiful Montmorency Falls, a must see while in Quebec City. We took a free bike tour from our hostel and rented our bikes for $20 with a guide from the hostel who lead us on a 9km ride along bike trails all the way out to the falls. We walked up over 400 stairs and stopped to marvel at the powerful falls and their beauty. We walked across a suspension bridge over the falls to get up close and took in the fall colours. 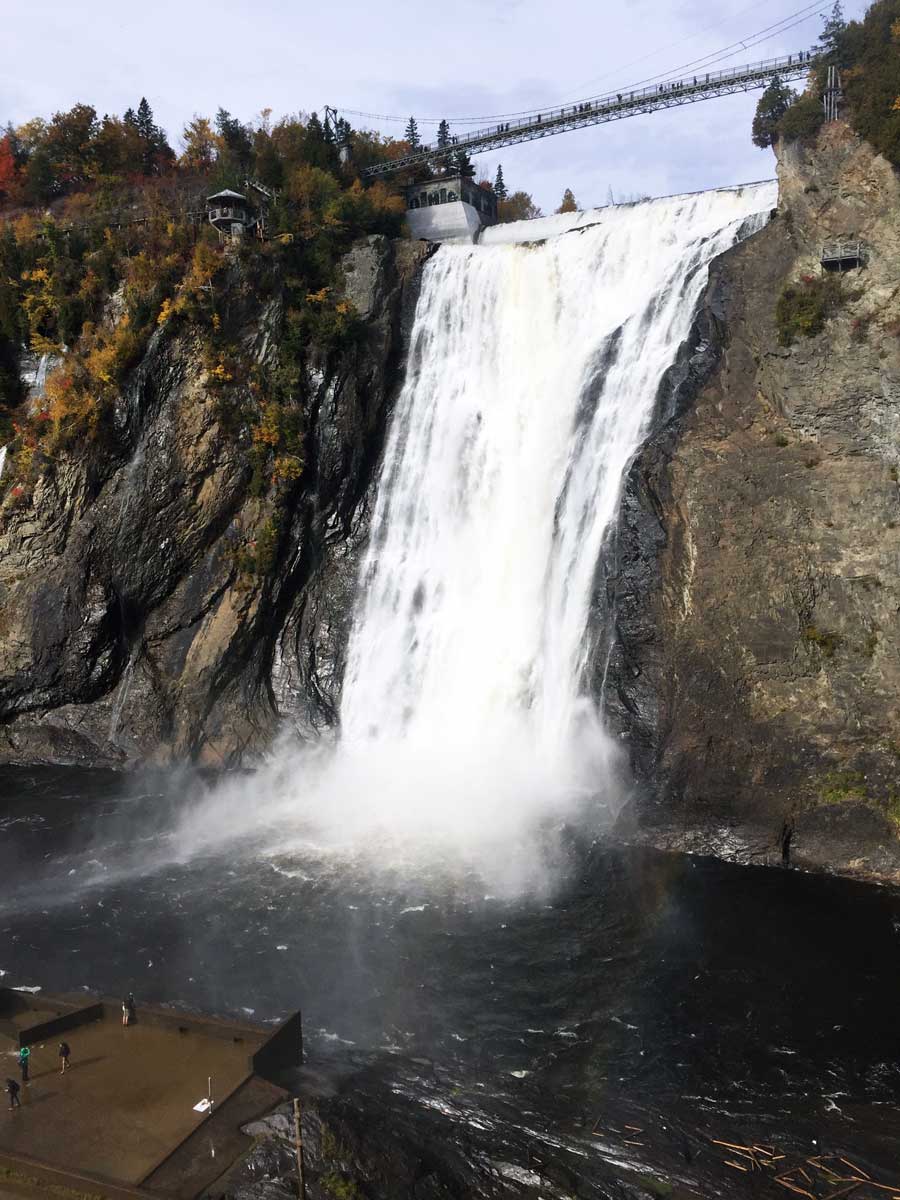 A lot of cities in Canada are really best seen in the summer or warmer months of Spring or Fall, but Quebec City is designed for you to want to visit all year long. They take advantage of the cold and build hotels made of ice, for an experience that you can’t have many places in the world.

In the winter you’ll experience skating on the river, see the snow sparkle in the European style streets, and eat maple syrup off of a stick in snow, a true Canadian experience.

With only two days in the city there was definitely more I wish I had done, but the suddenly cold weather had me wanting to curl up in bed and watch movies instead. There was lot’s more to explore just outside the city that held history from Quebec’s original inhabitants, like the oldest town in the country.

Quebec City, I most certainly think, is an underrated city in Canada and I encourage more Canadians to visit. And for anyone who is worried that they will have language barriers shouldn’t need to worry.

I unexpectedly fell in love with a city that I wasn’t sure I should even take the time to visit. But I’m glad I did, and I’m sure the city will charm you and win you over just like it did me.