Growing up very close to Quebec I always thought that French Canadian’s were snobbish, rude, and hated when you didn’t speak English. This was not a quick judgement, as I worked retail and dealt with a number of French Canadians that were rude to my face, acted snobbish, and refused to talk to me if I didn’t speak French (and then I’d hear them speaking English to someone else). It was fair for me to judge as this is how I was treated, however it was unfair for me to judge that all of Quebec would be like that. Quebec is the largest province in Canada so there are plenty are very friendly French Canadians!

Because of this I went into Montreal with low expectations for the city itself and the people. I always thought that the city was talked up a lot and those that really loved it only loved it because they grew up there and French Canadians are proud people. But was I wrong to have low expectations! 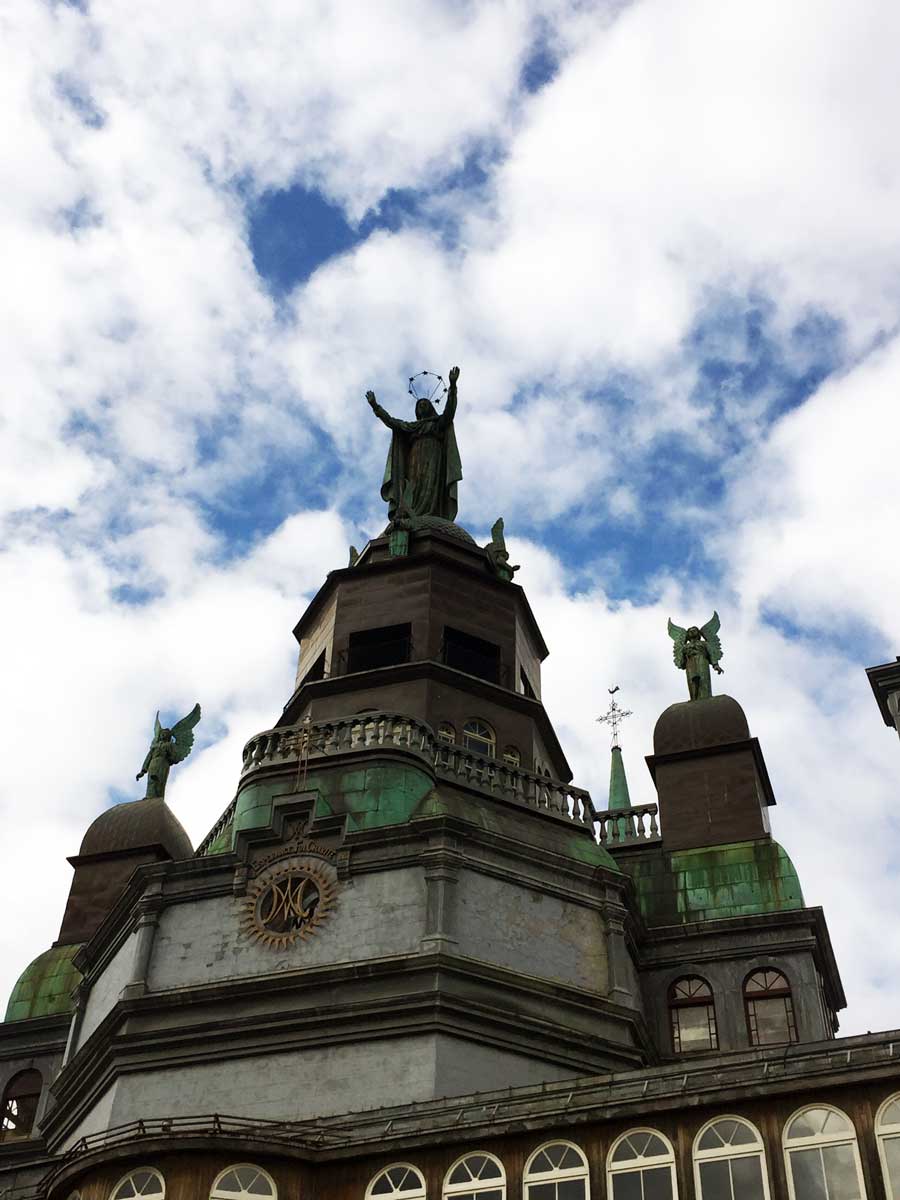 The people were more than friendly and very willing to speak in English. In fact a simple “bonjour” from myself or the Aussie friend I was traveling with would give away our inability to speak French and they would immediately start speaking to us in perfect English.

I also went to the city knowing very little about it. I knew that it was a young and hip city with a good nightlife, but I had no idea about the history and art scene present in the city, making it all the more interesting. In fact I would go as far to say that I think Montreal would be an even better city to live in than Toronto, and I LOVED Toronto when I lived there! 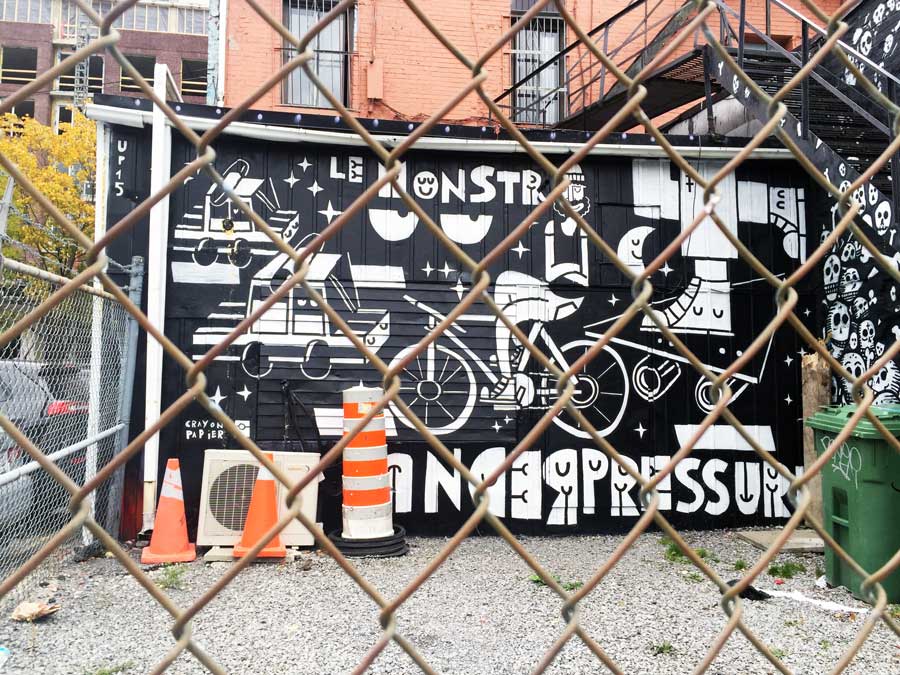 With only a few days (really only a day and a half in the city) we had little time to explore, but did our best to see as much as we could. Our first day we arrived in the morning and had some time to kill until we could check into our hostel. We got ourselves oriented and headed out to the closest tourist attraction to us. We were hungover and extremely tired (I do not recommend going on a pub crawl until 1:30AM when you have a train to catch at 5:30AM).

Old Montreal was our first stop. After just being in Old Quebec I didn’t expect Old Montreal to be as beautiful, but it was! The streets once again brought back memories of Europe and the original cobblestone streets had me feeling like I was stepping back in time. Each store and restaurant had it’s own little quirks and it was neat to know when I was walking on the oldest street in the city.

Old Montreal is home to big, old, beautiful buildings that are filled with history, and of course the Notre-Dame Basilica (not related to the one in Paris!). I stood outside in the square (Place D’Armes) just in front of Notre-Dame and thought about how it didn’t at all compare to the famous one in Paris. But I decided to kill some time and go inside, and I was happy that I did.

While traveling around Europe I have been lucky enough to see the inside of some beautiful churches, but the inside of this one blew me away. Even if I did have high expectations I think it would still have me awestruck. It was interesting to see a church that was so colourful. It was decorated in a beautiful green and the intricate details had me sitting down and staring for quite a long time. 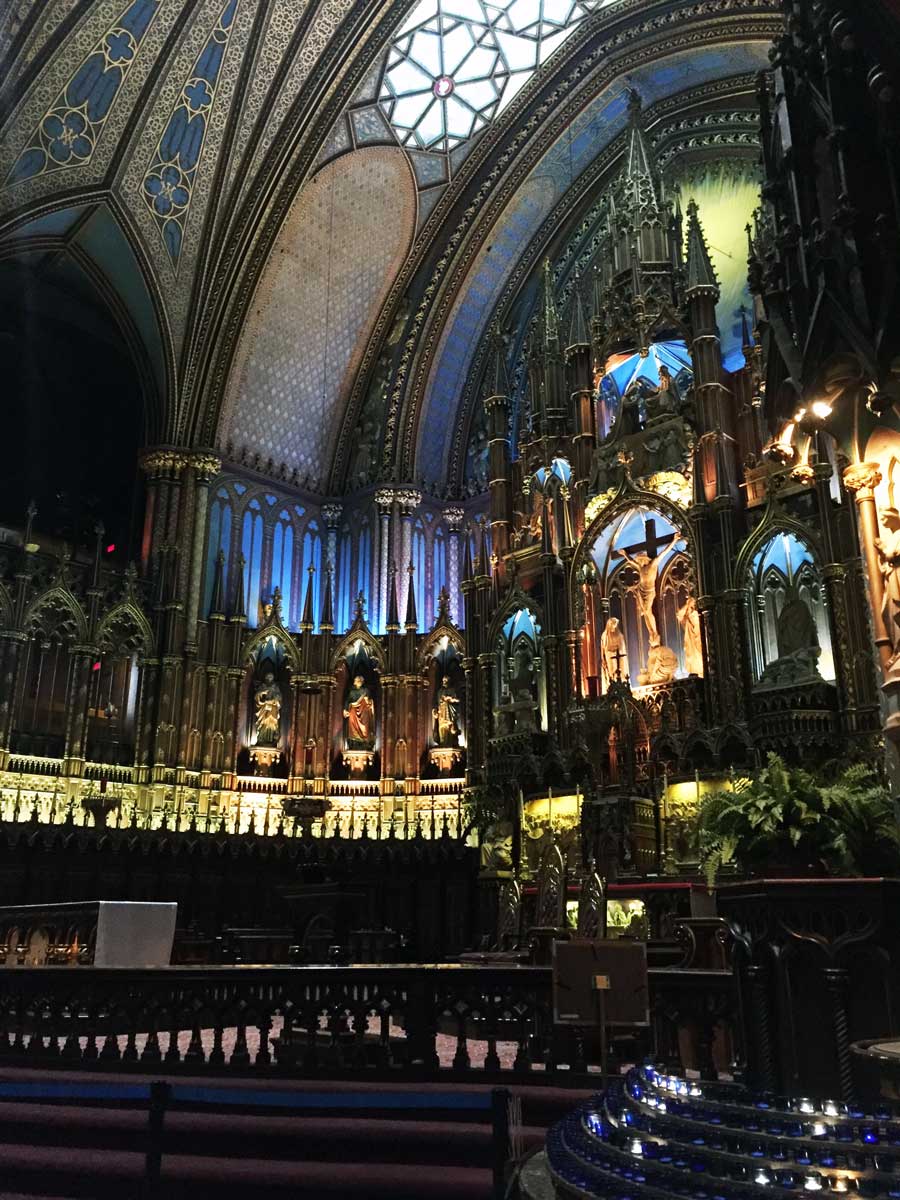 I thought it was appropriate to light my first candle in a church not only in my home country of Canada, but in one that I thought was so magnificent.

We made our way back to the hostel and slept as 3 hours really wasn’t enough to get me through a day of exploring. That night we headed out to a bar where I got to meet up with one of my old roommates and watch him and his band, Doghouse Rose, play. They were awesome live and it was great to see a good friend before I left to go overseas.

Our second day in the city we were determined to see as much of the city as we could. The best way to do that, in my opinion is by bike. We signed up for a 5 hour Montreal Highlights tour at Fitz and Follwell, which was a little expensive ($113 including tax plus tip), but was completely worth it. 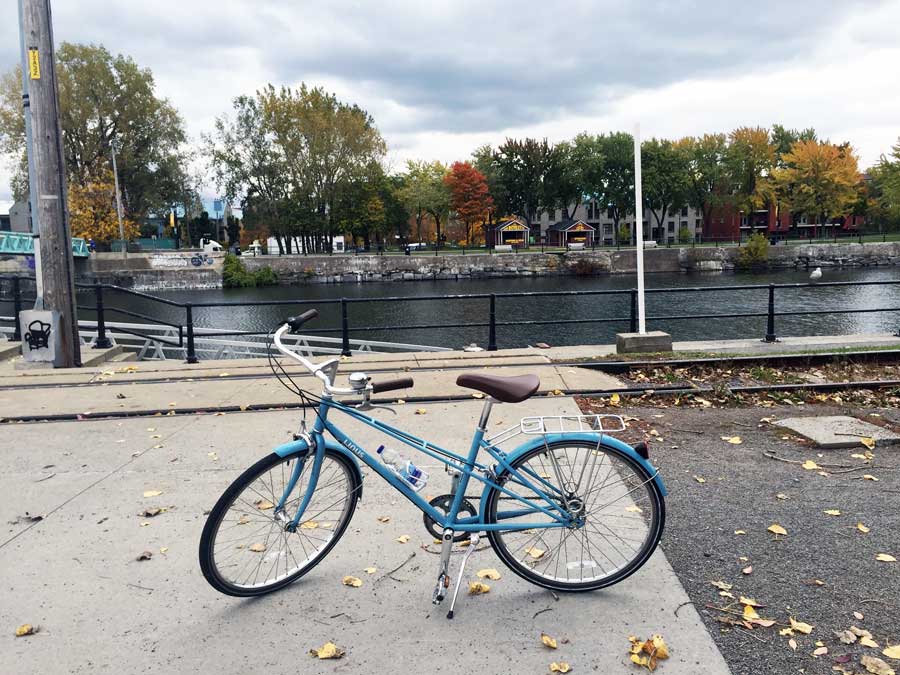 In those 5 hours we were taken through a number of different neighbourhoods, rode along the waters edge, had a delicious fresh lunch from a local market, was introduced to some street art, and learned a ton of history behind buildings, art, statues, and the city itself.

A tour in Montreal is the way to go, as in order to be a tour guide you need to be certified. This means that any tour guide you have will be extremely knowledgeable and will be able to answer pretty much any question you have. Our bike tour guide knew everything from architecure, the number of people that the Formula One race track brings in per year, to the best places to eat, dance, and see.

I quickly learned that there was a battle happening between the French and the English throughout the city. It was mostly prominent in the art. In the Place D’Armes (the square in front of Notre-Dame Basilica) there was a statue of a snobby French lady with her poodle sticking her nose up at the English bank in the square, and only metres away an Englishman gave attitude to the French building beside the church. These, I was told, were relatively new statues as well. 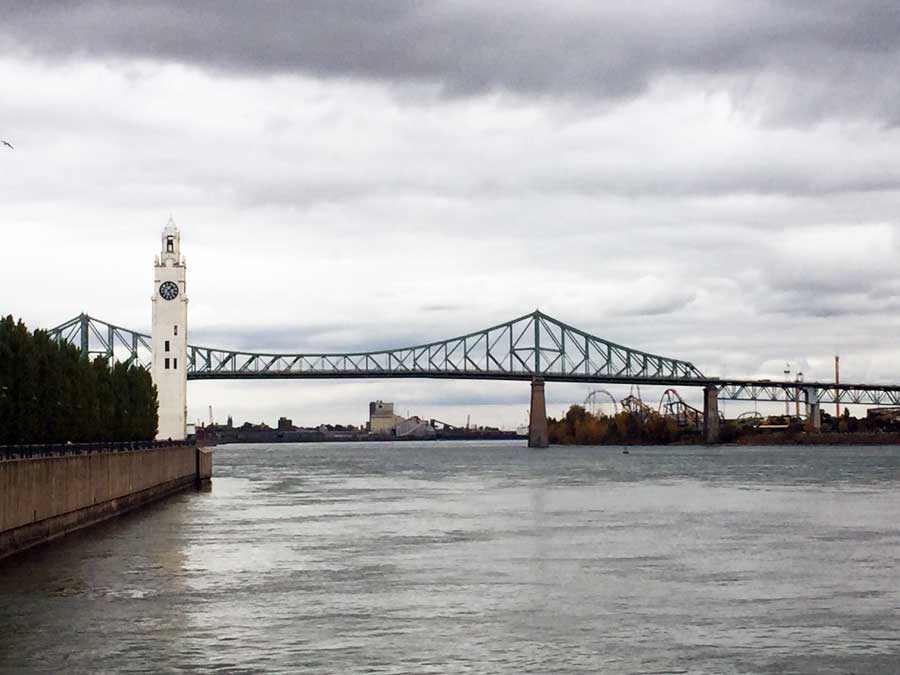 I loved to see how vibrant the city was with it’s ongoing jokes between the French and English, the rich art scene that occupied the city, and their strong culture. Not only that, but I also learned how cheap of a city Montreal was to live in. People in the city seemed to enjoy themselves more. They don’t work as long work weeks as we do in the rest of the country, and they have a taste for life.

The people are fashionable, the city supports art, it’s young and fresh, has good food, and the people are proud and enthusiastic about their city. What more could you ask for from a city? 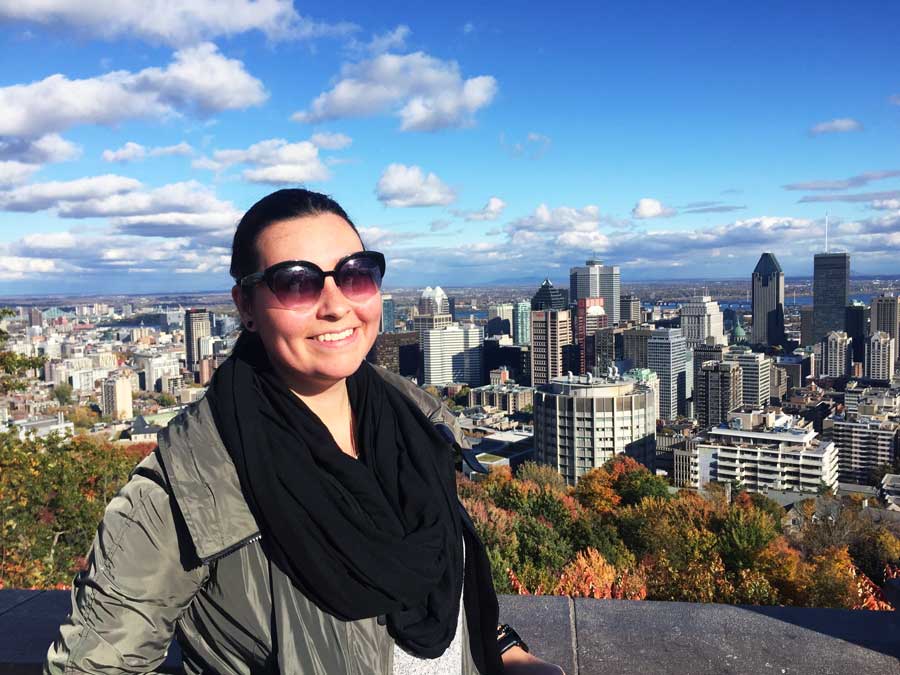 Montreal really is a great city to explore for anyone. It’s definitely worth a visit. Take advantage of their delicious food (hello fresh bagels and smoked meat!), take the time to learn about their history, and use a tour guide to really get the full experience.

Montreal is most certainly one of the top cities in the country, and I would say in North America. I’m sorry to say that I underrated it, but I will definitely be back!