The sacral chakra is an intriguing chakra that many love to not work on. This lower chakra has a lot going on, as it is the home of our emotions. Paying close attention to and doing the work for balancing this chakra can do wonders for your creativity, sex life (even if it’s just with yourself!), and for communication, as you learn how to express yourself in a healthy way.

What is the Sacral Chakra?

The sacral chakra is the second chakra and is most connected to creativity and sexuality as it is where women hold onto their sexual energy (for men it’s the first, root chakra). But aside from these associations, the sacral chakra also governs emotions such as jealously, guilt, and shame. These may seem like heavy and big, tough emotions, but working on this chakra is very beneficial as it’s one of the lower chakras and energy only travels upwards from here.

The location of this chakra, otherwise known as the Svadhisthana chakra or belly chakra, is in the centre of the lower abdomen, between your belly button and pelvic region. For women, it sits right at your womb.

The colour associated with the sacral chakra is orange, and the element is fitting, water, which makes a lot of sense as both creativity and sexuality are very fluid. 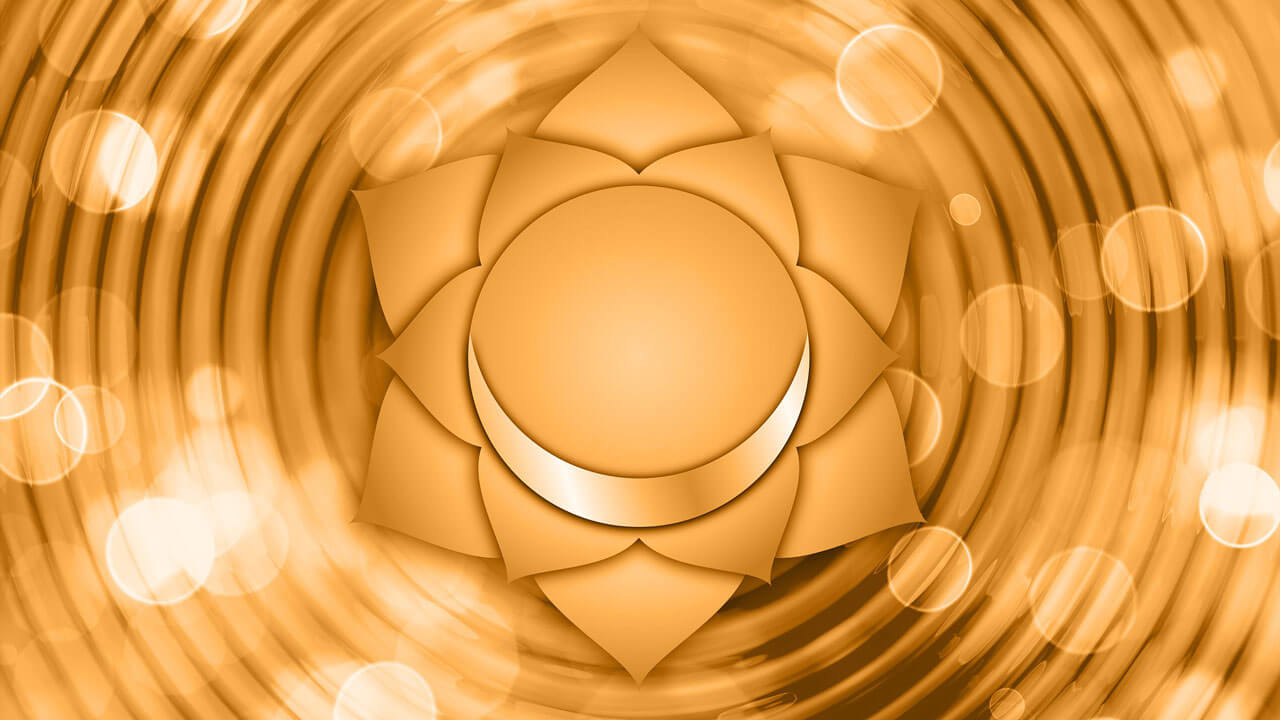 Symptoms Associated with the Sacral Chakra

The chakra system is believed by Hindu, Buddhist, and yogic philosophy teachings, and while there is no scientific evidence proving that we have chakras, which are wheels of energy running up the spine, there is certainly something we can learn from these beliefs.

Each energy centre is said to govern certain emotions and when it is unbalanced or blocked it can affect you mentally, emotionally, physically, and spiritually.

Some of the sacral chakra balances may include:

How to Use Affirmations for the Sacral Chakra

I will never claim that sacral chakra healing affirmations are actually healing on their own. Can they help you feel better in a moment or in the long term? Perhaps! There are studies that say affirmations work, and others that say that they don’t, so it’s really up to you to give affirmations and judge how they work for you. There’s no harm in doing so!

Ways you can use affirmations include: 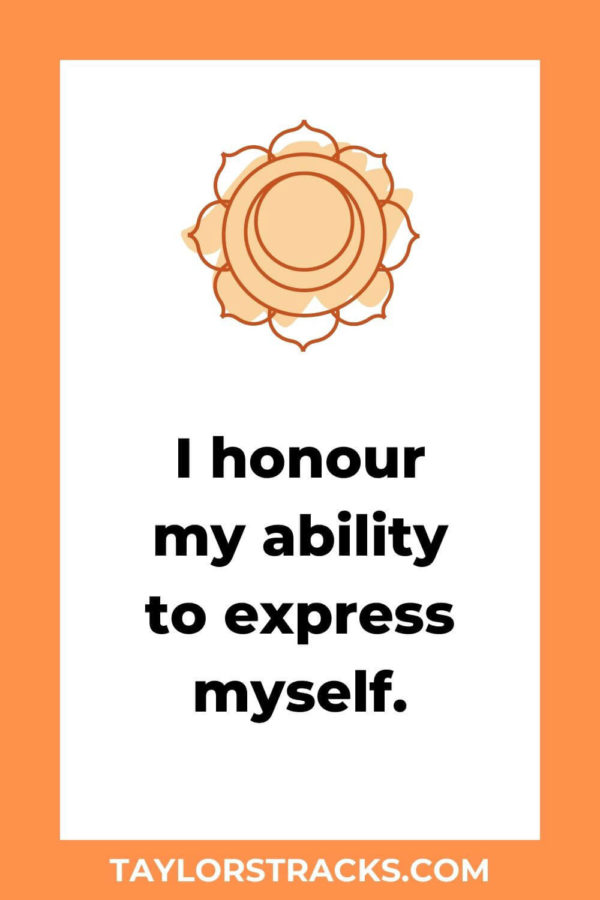 Try a few of these second chakra affirmations that feel the truest to you and see if they do the trick to help you feel or connect more to your creativity, sexuality, and emotions.

A great way to continue using affirmations and working on your chakras is to practice yoga since chakras are a part of yogic philosophy!