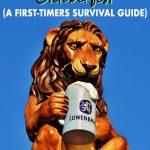 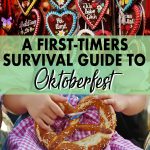 If you want to attend Germany Oktoberfest it’s best to plan early, but if you didn’t there’s no need to worry, you can still find your way into the festival last minute. I personally joined a Contiki tour, it made accommodation less expensive and has excursions so I wasn’t just drinking beer every day!

Oktoberfest is a 16-18 day festival that began in 1810 to celebrate the wedding of the Prince of Bavaria, and is still celebrated today, hosting 6.4 million visitors in 2013 who drank 6.9 million litres of beer. The original Oktoberfest was alcohol-free but is now one of the world’s largest beer festivals. It is celebrated with traditional German food and a fair that includes games and rides.

Don’t be confused by its name, Oktoberfest kicks off in late September and continues into October.

There are the hours when beer is served, visit the official Oktoberfest website for more info.

The original Oktoberfest is held in Munich, Bavaria Germany annually. But the festival has become so popular that it is held around the world. For the true experience, you simply can not skip the Munich Oktoberfest! In Munich, the Oktoberfest location is at Theresienwiese, or Festwiese as the locals call it. It is best to take public transit which is reliable as there is very little parking around the grounds.

These Oktoberfest tips will help you be prepared before you go and to know what to expect so there are no surprises! Take this as your Oktoberfest survival guide.

How Much Does Oktoberfest Cost?

Oktoberfest is completely free to enter! So you can roam the grounds and even drink your own beer as you do so as you’re allowed to bring your own alcohol into the grounds but not the tents.

Don’t enter a tent if you don’t plan on drinking, you’ll be kicked out if you’re not. Expect to be paying 10 euros per litre of beer. Oktoberfest food averages 12-15 euros for a meal in a tent, I paid 6 euros for a jumbo pretzel. Snacks and drinks (that aren’t beer) are available outside of the tents. Typically the food and drinks outside the tents are cheaper but it is recommended to try food in the tents as the Oktoberfest menu looks unreal!

Tipping is not required but it is definitely worth it as your beer wench will pay great attention to you if you tip her well. One of the tables I was at took turns tipping, 4 or 5 people chipping in instead of every person giving a euro or two each time because we didn’t all have enough change. It’s typical to tip 1-2 euros per drink, or give a big tip at the beginning. That will ensure that she’ll be coming back to your table frequently and have speedy service.

Do a little bit of research beforehand and get a rough idea of what each of the 14 tents is like as you probably won’t try all of them. While each tent represents a different beer there are some that are wilder than others. This is a great guide on tents and will help you choose the appropriate one of you.

Remember that German beer is strong, especially for North Americans who are used to weaker beers. You can choose a tent based on the atmosphere or based on the beer. Each tent serves only their beer so you better like it because you’ll be drinking a litre or more! You can always make your way around Munich testing local beers so you know the best Oktoberfest beer (in your opinion) before you even go.

Pro Tip: Take time to explore in Munich and outside of the city (not just inside an Oktoberfest tent). Germany has many beautiful castles, some of which are only a short way from Munich!

The mayor has the honour of tapping the first keg to kick off the festival. This is done at 12PM on the first day, but expect to be there plenty early. I was in line at 7:30AM just to get into a tent. There were a ton of people there before us too, and the tent didn’t open its doors until 9AM. Once the first keg is tapped the remainder of the kegs in all the other tents are tapped and the beer wenches begin distributing beer by the litre. I was warned that it may take a while to get my first beer on the first day, but I got lucky and was drinking my first litre by 12:30PM.

Beer wenches will come to your table for you to order and they make their rounds. Be prepared to have drinks handed to you before you’re even finished with the one in your hand. There is no such thing as nursing beers at Oktoberfest. If your table is drinking faster than you are then you are expected to keep up as beer usually comes in rounds for everyone at the table.

You don’t have to miss out on the event just because you’re not a beer drinker. Or if you’re finding the beer getting a little too heavy to drink try a Radler. It’s half beer, half lemonade.

Locals and visitors alike dress up in the traditional attire for the Oktoberfest. In fact if you were wearing regular clothes you’ll stand out from the crowd. Do some shopping before you head to the festival and pick up your dirndl (for girls) or lederhosen (for guys).

Unfortunately, neither of them come cheap. There are stores all across Munich selling Oktoberfest clothing. Drindls alone range from 50 to thousands of euros. I picked up all three pieces of a drindl for 50 euros in Munich’s city centre, and a friend got his lederhosen at the train station for 75 euros. You might find something cheaper in your home country before you leave, but you will get better quality and a more traditional outfit in Munich. I wore mine again for Halloween a month later!

Getting an Oktoberfest Table

Tables can be booked in months advance. Each tent makes their own reservations but you may have trouble getting a reservation if you haven’t previously been to Oktoberfest. So you can be a part of the stampede of people that rush to get a table when the doors open. Tables seat 10 people, get ready to run and make some new friends! 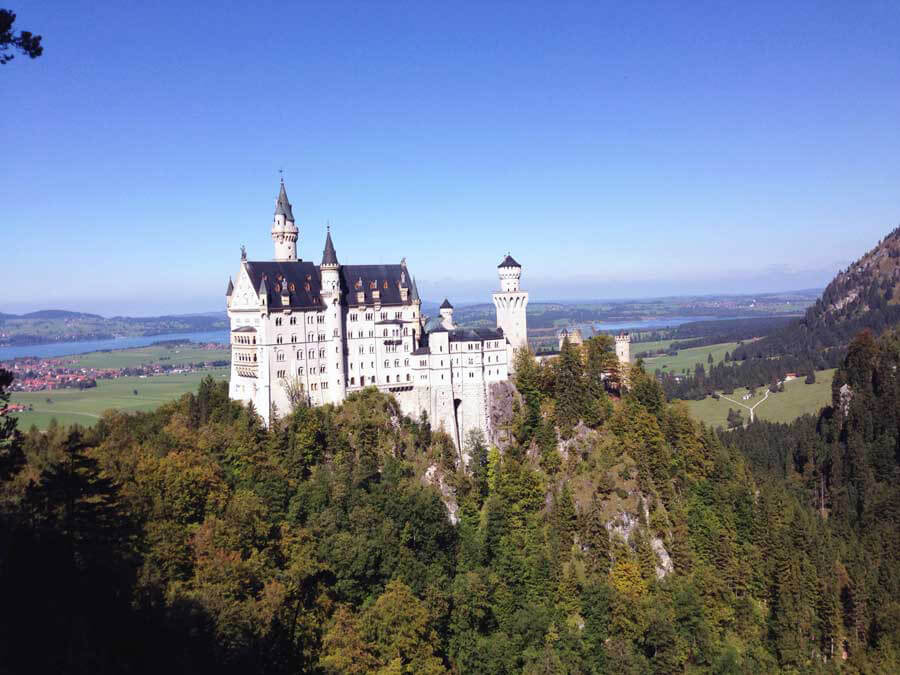 If you don’t feel like doing all of the above yourself, there are affordable Oktoberfest tours available that take care of everything for you from accommodation to transportation, Munich activities and more. I personally did an Oktoberfest with Contiki and has the time of my life!

Oktoberfest hotels and hostels sell out quickly but there are some last-minute and cheap options that you can take a look into.

The people are friendly, it’s busy, the beer is delicious as well as the food, and it’s an experience to be had. If you’ve ever considered going I highly recommend it. The dresses are flattering, the tents are filled with loud traditional Oktoberfest music, and everyone is happy. Bring some money, your thirst, and your appetite and it will be a fun time for all.

Heading to Oktoberfest? You’ll love this: