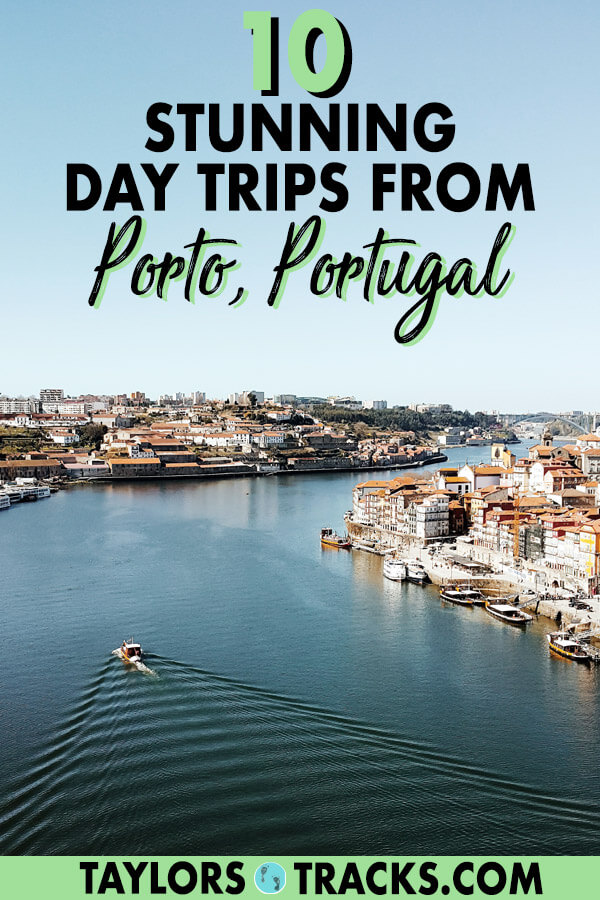 Porto itself is an amazing city to visit (and my personal favourite) but if find yourself shooting through the top things to do in Porto and are craving perhaps somewhere a little quieter, are wanting some deeper history or maybe a beach day, then these day trips from Porto will be exactly what you need to add to your Porto trip.

From top days trips that I think should be included in every Portugal itinerary to a quick spin over to Spain, these historic cities, riverside towns and wine regions include some of the best areas to visit in the country either with Porto as your base for Porto day tours or as a place to settle down for the night for a bit of extra exploring.

How to get to these Portugal destinations: I have included Porto tours under each place that are Porto day trips. Alternatively, you can also rent a car and explore these regions on your own or even take the train to some.

Porto wine tours are common but this is even better. The Douro Valley is a region inland from Porto that has been made famous for its picturesque views and the wine that is produced in the region. Grapes for both port and table wine are grown here and it is the only region in the world that can grow grapes for port wine, much like champagne is the only region that produces champagne. The Douro River cuts through the rising rolling hills covered in vineyards and dotted with small villages. Cruise down the river, take in the views while sipping wine made from one of the world’s oldest wine regions and enjoy the drool-worthy food.

Braga is north of Porto, a little more inland and draws in visitors as a charming small town with cobblestone roads that are closed to cars. Baroque churches and history line the streets while youth from the university make themselves at home in cafes and trendy boutiques.  You’ll get a true taste of history, food and wine in what is actually Portugal’s third largest city plus a camera full of pictures from this beautiful town worth visiting.

South of Portugal along the coast sits the colourful city of Aveiro, a small place that’s known as the ‘Venice of Portugal’. “Moliceiro” which is a boat that was originally used to harvest seaweed is what makes this town seem Venitian as they float through the canals that pulse throughout the city. Make sure you swing past Coasta Nova where you can spot the brightly coloured stripped houses along the beach and catch sight of some surfers ripping across the waves.

Guimarães holds most of the best-kept history in the country. As a medieval city where the first king of Portugal was born, Guimarães holds well onto the beauty of its past which has made it a UNESCO World Heritage Site. A stop here will ensure that you see castles and other well-kept historic buildings from as early as the 10th century. A day trip to Guimarães is often done in combination with Braga as there are both north of Porto.

Though not a seaside city, Coimbra sits proudly along a river with the most important part of the city, the country’s top university at the top. Famed for its baroque library, Coimbra University was built on the grounds of a former palace. The city itself is another medieval spot with buildings that date back to the 12th century. This alluring city is both picturesque, historic and worth your time for at least half a day. Tours in Porto to Coimbra are often done with a stop in Fátima.

The most natural of trips from Porto is to Peneda-Gerês National Park. Nestled against the Spanish border, Peneda-Gerês National Park is Portugal’s first and only national park. It protects the people who occupy the granite villages that lay between the lush green forests, valleys and hills that jut up with boulders. A spa town, Gerês, is here along with hiking trails that can lead you to traditional villages that were once Roman roads. An excellent escape from the city, this easy day trip from Porto is full of wildlife and scenic sites.

Religious or not, a trip to Fátima will show you the religious side of Portugal and the power of faith. It is said that here the Virgin Mary first appeared. Today, as many as 6 million Catholic pilgrims a year make their way to this central Portuguese city. The quiet village was once a place where almost nothing grew as it’s mostly limestone but today tourists come here to understand the history and religious aspect of this site. Fátima is most popular as a day trip from Lisbon but it is also done in combination to Coimbra as day tours from Porto.

Viana do Castelo has both history and beaches so a day trip from Porto to here is worth it. Narrow streets will greet you as you explore the palaces and manors. It’s also a seaport so you can find some fine seafood to dine on here. A the highlight of Costa Verde, stop by Viana do Castelo and make sure you see the city’s most popular site the Templo-Monumento de Santa Luzia (Santa Luzia Temple).

Hop out of Portugal for the day to visit a Spanish highlight: Santiago de Compostela. You may have heard of the Camino de Santiago pilgrimage, well Santiago is the final stop of this pilgrimage that thousands complete each year. This city has a history and stories of the many pilgrims ending their trips here. The most impressive site in the city is the Catedral de Santiago de Compostela in the centre of the old medieval town. 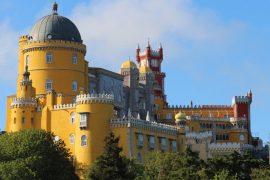